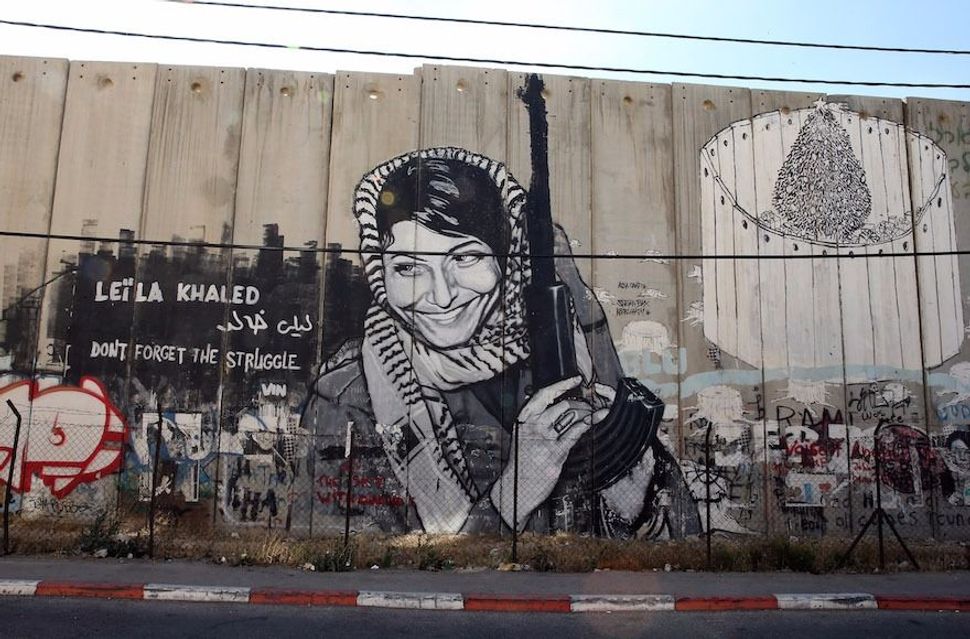 BRUSSELS (JTA) — Leila Khaled, a Palestinian woman who was convicted of terrorism and who advocates violence against Israelis today, is slated to speak at the European Parliament about women’s rights.

Khaled, who was invited to Brussels to speak Tuesday by lawmakers representing the far-left Izquierda Unida party from Spain, was arrested while carrying two grenades by Israeli sky marshals in 1970 while attempting to hijack an El Al flight from Amsterdam with a partner, whom the security officers killed. British authorities released her in exchange for hostages from another hijacking a month after her arrest.

She had already hijacked an American passenger plane in 1969, landing it in Damascus, where the two Israeli passengers aboard were arrested for three months before they were traded for Syrian prisoners of war in Israeli jails.

A member of the Popular Front for the Liberation of Palestine group, which is blacklisted as a terrorist entity by the European Union, Khaled is to be the keynote speaker at an event titled “The Role of Women in the Palestinian Popular Resistance,” a poster advertising the event read.

The American Jewish Committee’s Brussels-based Transatlantic Institute condemned the invitation extended to Khaled, saying that the group is “deeply concerned” by it and urged the European Parliament’s president to prevent Khaled’s planned arrival to its seat.