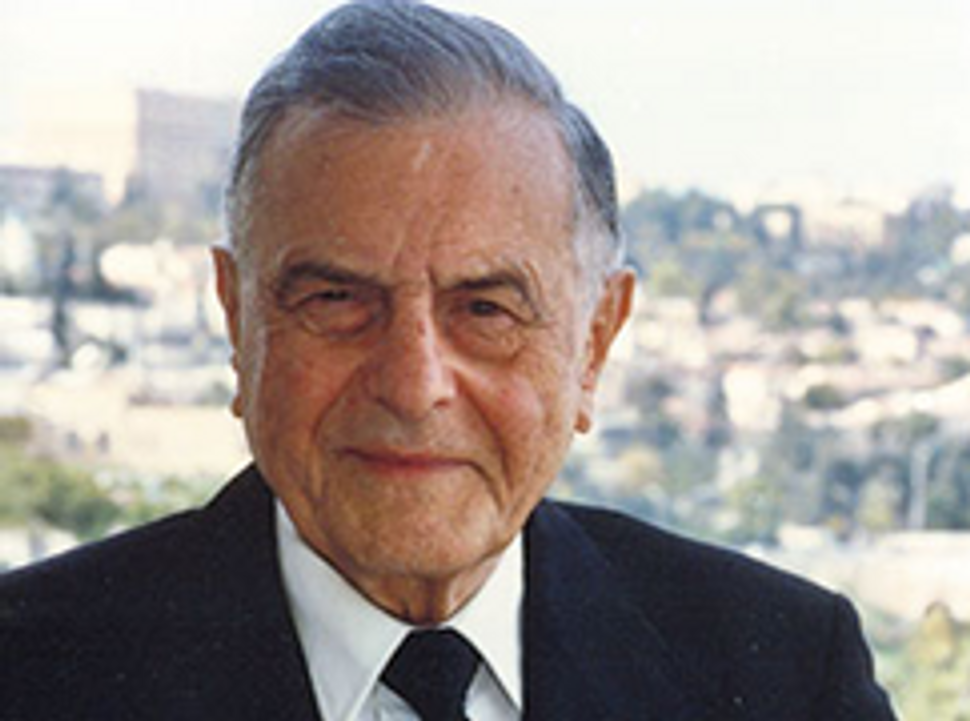 (JTA) — Rabbi Joshua Haberman, rabbi emeritus of the Washington Hebrew Congregation and founder of the Foundation for Jewish Studies, has died.

Haberman, who represented the Jewish community during the memorial service for the victims of 9/11 held at the National Cathedral, died Sunday at his home in Washington, D.C., at 98 and following a rabbinic career of 72 years.

Haberman “brought the light of Torah to countless followers not only as a rabbi, but also as a brilliant visionary in the field of Jewish Adult Education,” Elaine Amir, president of The Foundation for Jewish Studies, said in a statement. “His leadership, kindness and humanity will be long remembered.”

Haberman, a Vienna native, was enrolled at the Vienna Jewish Theological Seminary when the Nazis annexed Austria in 1938. An invitation by the Hebrew Union College in Cincinnati, Ohio, enabled him to come to the United States, where he received ordination from HUC in 1945.

He served as clergy in several Reform synagogues before becoming senior rabbi at the Washington Hebrew Congregation in 1969. He retired in 1986, becoming rabbi emeritus, and remained active in the congregation as a teacher and spiritual leader until his death.