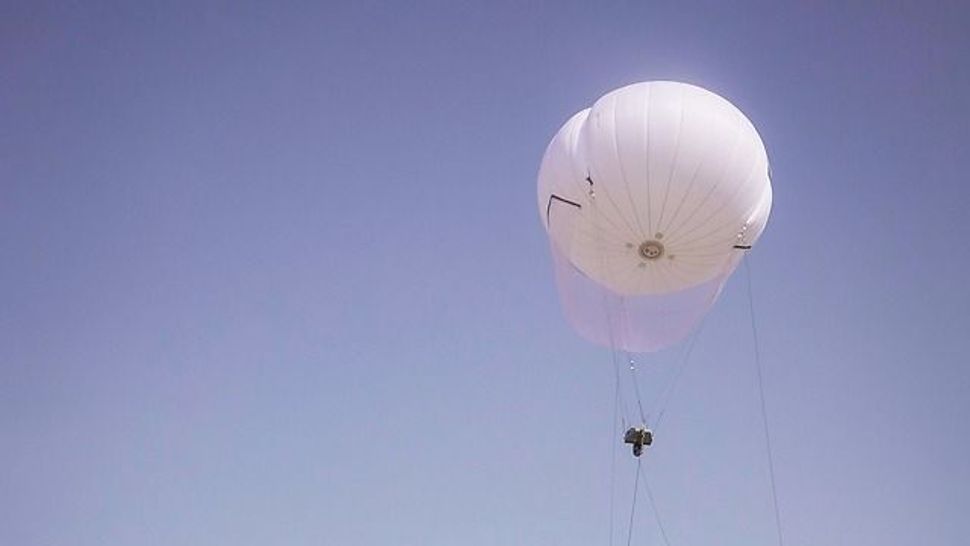 Pope Francis’ security detail used an Israeli-made observation balloon to protect the pontiff during his visit to South America.

The balloon proved to be more reliable than the unmanned air vehicles typically used and cost only a fraction of the price to operate, Ynet reported Monday. Two of the three Masses led by the pope in Colombia two weeks ago were accompanied by the device, which is made by the Israeli company RT Aerostats Systems.

“We have recently added a few upgrades to the balloon that secured the pope,” an RT official told the Israeli news website. “In addition to advanced day and night cameras, the balloon can automatically identify suspicious movements, better zoom in on targets we want to follow, and maintain an overview of the entire area even while focusing on a specific target.”

The balloon, which is regularly used by the Israeli military and police, also helped secure the pope’s past trips to Africa and Israel. Police in Bogota and Medellin leased the device and transmitted its video footage directly to their headquarters. It helped scan the large crowds, the rooftops in the area and other spots that cannot be seen from the ground.