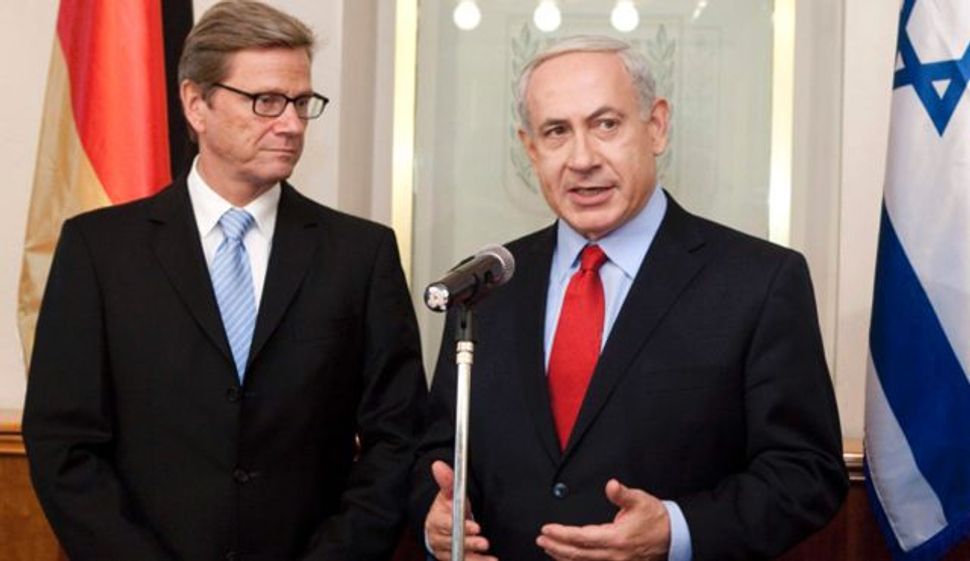 After the far-right German “Alternative fur Deutschland” party ran up an impressive score in the country’s federal elections, a party leader is questioning the alliance between Germany and Israel – arguing that Israel’s existence should not be understood as a “national interest.”

“If Israel’s existence is part of the German national interest,” said Alexander Gauland at a party conference, “then we would have to be prepared to send German soldiers to defend the Jewish state.”

He continued: “It’s clear that Israel’s existence is an important point for us. But to turn it into a national interest it sounds so simple but there is a continuous war in Israel. The implications of ‘national interest’ is that we would need to be really prepared to sacrifice our lives for the State of Israel.”

The AfD party contains some elements thought to be allied with neo-Nazis and gained most of its support – 13% of votes in the election – on anti-immigrant appeals. Israel and Germany have had a close relationship since the Holocaust – with Israel receiving direct reparations for the Holocaust and with Germany trading with the Jewish state on favorable terms.