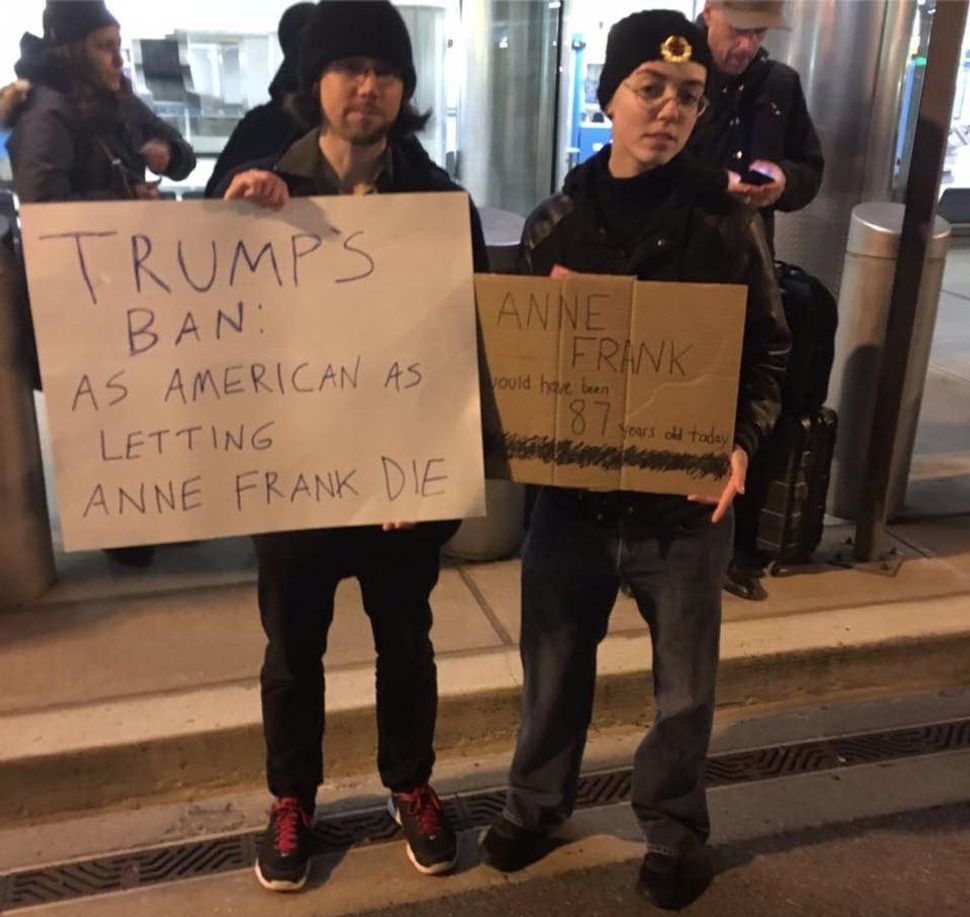 Benny Koval, at right, is one of a handful of Jews who identify as antifa activists. At a protest against President Trump’s travel ban, she carries sign commemorating Anne Frank. Image by Twitter

The executive order signed Sunday by President Trump replaces one that detractors said was an attempt to keep Muslims out of the country.

The new ban adds citizens of Chad and North Korea, as well as some Venezuelan government officials and their families, to Iran, Libya, Somalia, Syria and Yemen. It goes into effect Oct. 18.

Legal experts said the new restrictions stand a better chance of holding up in court.

But the Anti-Defamation League was among the Jewish groups that stood against the new ban.

“Another day, another discriminatory #TravelBan. We’re standing firmly against it,” the ADL said in a tweet.

J Street called the revised travel ban “ill-conceived, discriminatory and dangerous.” The liberal Middle East policy group’s statement noted that the ban likely would not prevent the entrance to the United States of real terrorists.

Bend the Arc Jewish Action CEO Stosh Cotler said in a statement that the ban “undermines fundamental American and Jewish values with its explicit bigotry and xenophobia.”

U.S. courts have struck down earlier bids by Trump to install a travel ban on Muslim-majority countries.