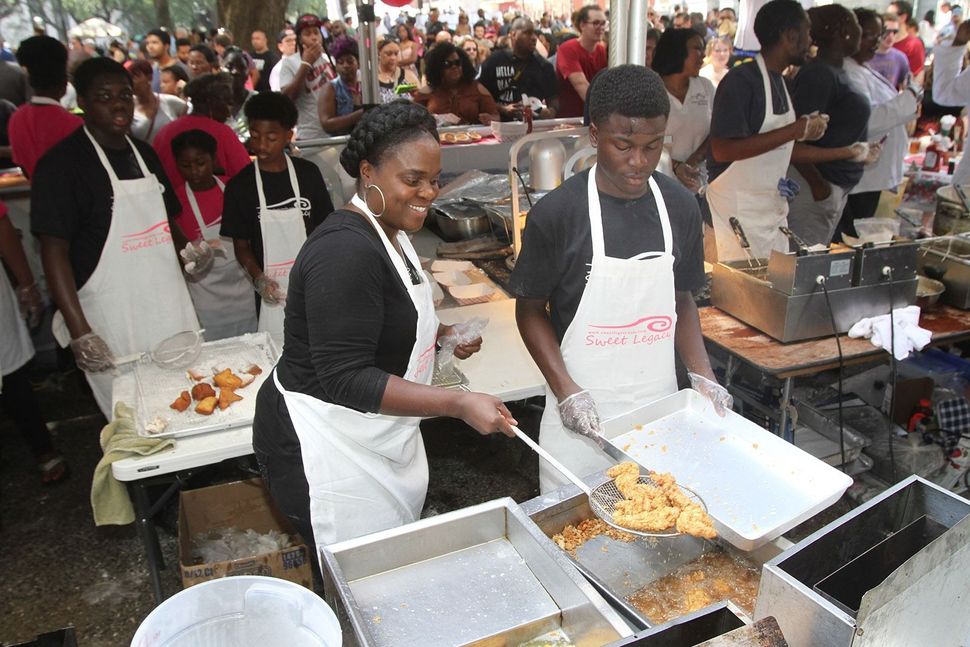 New Orleans’s annual Fried Chicken Festival has apologized for using a Holocaust memorial as an employee break area and pledged not to use the space next year, the New Orleans Times-Picayune reported Tuesday.

The memorial, in the Big Easy’s Woldenberg Park, was covered by tables and ice chests holding beer.

Festival organizers said in a statement that using the memorial as a blocked-off, staff-only area was intentional “to prevent it from overcrowding, litter, vandalism and other general disregard. The festival staff sincerely apologizes for any confusion this may have caused. The National Fried Chicken Festival aims to be an inclusive event and enjoyable time for everyone.”

Passerby Max Gaudin, who is Jewish, noted the use of the memorial and posted about it on Facebook. He told the Times-Picayune that the festival had made a mistake and should apologize. “There’s only one place in the whole park where you would not set up something like that,” he said. “I would be satisfied with an apology and [recognition] that this was terrible decision making and they won’t do it again.”

The Audobon Institute, which operates the park, said that it has a policy not to allow dumpsters or toilets on the Holocaust memorial during big events, but otherwise approves layout on a case-by-case basis. They said in a statement that they “will work closely with event organizers in the future on this area of the park.”

Festival organizers said that more than 166,000 attended the two-day event on Saturday and Sunday.