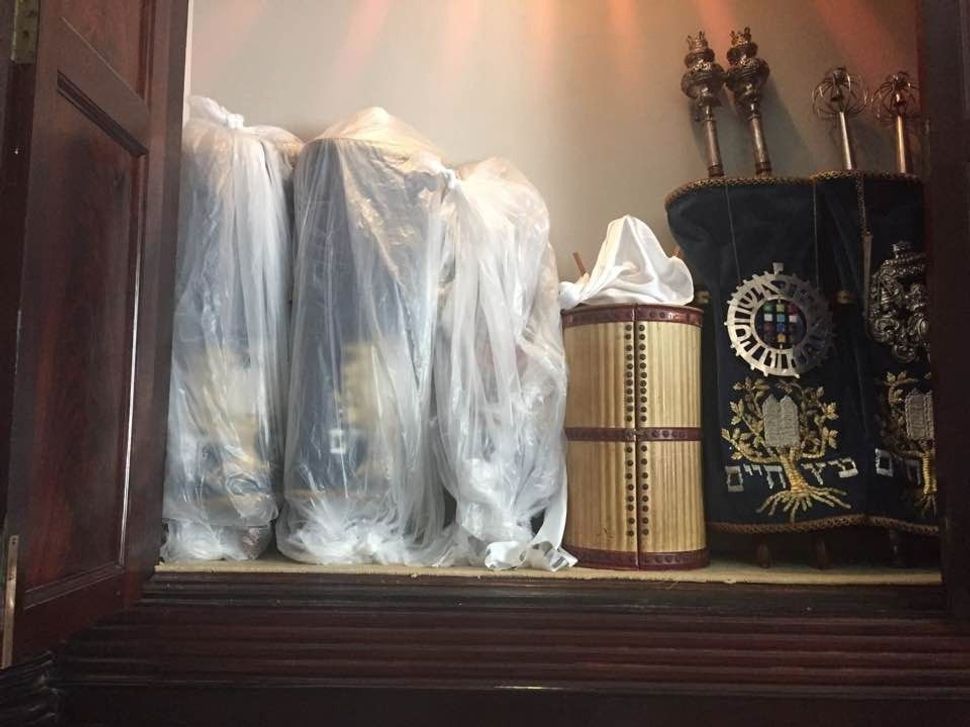 The damage caused by Hurricanes Irma and Maria and the curfew imposed in its aftermath has affected Jewish life during the High Holidays in the U.S. Virgin Islands, a rabbi there told The Washington Post.

Rabbi Michael Feshbach of the St. Thomas Synagogue — the second-oldest synagogue in the Western Hemisphere, and the oldest in continuous use — told the Post that the islands’ curfew, which allows freedom only between noon and 4 p.m., had caused him to reschedule services for Rosh Hashanah and Yom Kippur.

The historic building, built in 1833 for a congregation founded in 1792, had sustained “a tremendous amount of water” after the hurricanes. While the plastic-wrapped Torah scrolls were undamaged, but the prayer books were either soaked or completely ruined.

Feshbach said that many Jews from around the United States had reached out to offer assistance. “I’ve never felt more of a sense of love and support,” he said, adding, “There are three kids who want to help us as part of their bar or bat mitzvah projects.”

Feshbach said he hoped people would bring supplies like dehumidifiers and generators. One man, Andrew Kavesh, is planning on flying to the islands before Yom Kippur and delivering babka, bagels and cream cheese.

“They’ve had it so rough down there,” he explained. “I thought this would be a nice way to break the fast.”