This $1,080 ‘Panoramic Sukkah’ Recreates Jerusalem In Your Backyard 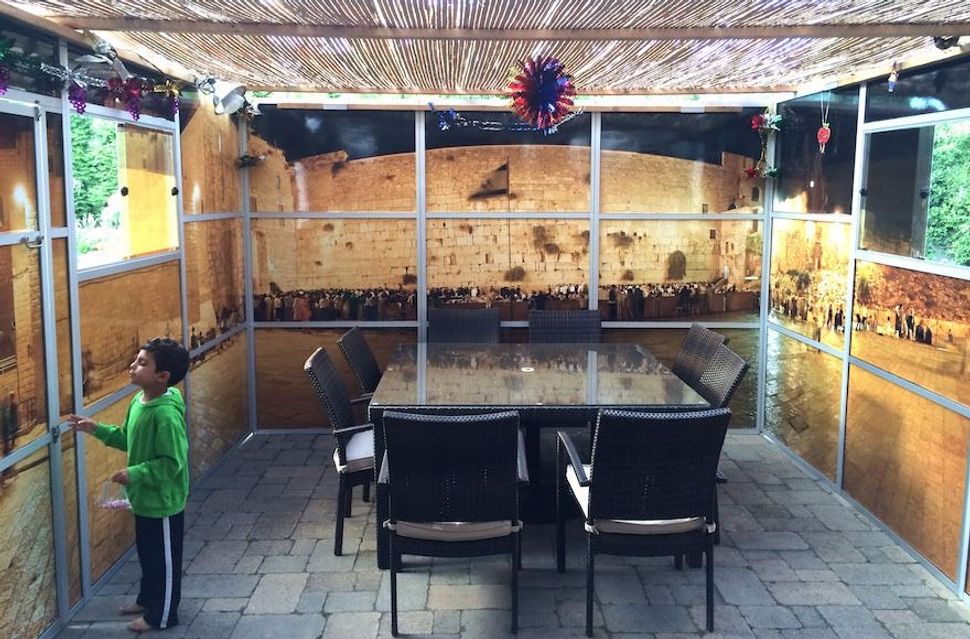 (JTA) — Many Jews around the world make a tradition of visiting Jerusalem to celebrate the holiday, which is also known as the Feast of Booths. Can’t make it to the Holy City? Fear not. Your sukkah can now transport you there.

Well, sort of. The Panoramic Sukkah is a creation by Andy “Eliyahu” Alpern, a photographer specializing in 360-degree images. Thanks to his sukkahs, which consist of panoramic photos of famous places in Israel, celebrants can easily pretend that they are actually at notable Jerusalem sites such as the Western Wall at night or smack in the middle of Mahane Yehuda market.

By providing an immersive, inside-Israel experience, Alpern, 50, is a native Chicagoan, says the Panoramic Sukkah is “a way of sharing Eretz Yisrael with people all over the world who can’t be here,” he told JTA, using the Hebrew term for the Land of Israel.

Alpern added that the point of Sukkot is to hearken back to life during biblical times — for example, wandering in the desert after the Exodus from Egypt (hence the origin of the sukkah), thus one of his panoramic images is of the Negev Desert. Also, as Sukkot is one of the three pilgrimage festivals (the others being Passover and Shavuot), it was tradition for Jews to travel to the Temple in Jerusalem.

The full Panoramic Sukkah kit (from $1,080) includes a frame, as well as four walls with a 360-degree image on semi-translucent fabric. Other options include walls only (from $800) or single-wall panels (from $210).

This $1,080 ‘Panoramic Sukkah’ Recreates Jerusalem In Your Backyard