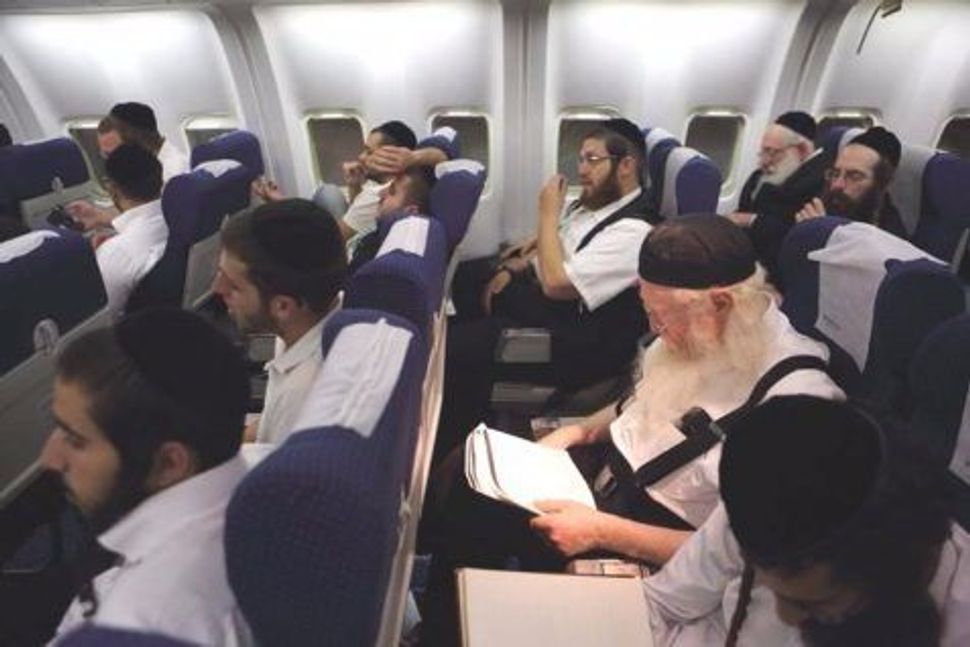 Ultra-Orthodox Jews on a private chartered jet cheered after the in-flight movie — the 2007 rom-com “Music And Lyrics” — was covered up with a blanket, the Daily Mail reported.

The scene occurred apparently in the plane’s first class cabin. After the screen was covered, the men on the plane can be heard clapping and cheering. Passengers in the economy section of the plane quickly followed suit, draping blankets from their smaller TVs.

It is likely the men covered the movie screen due to concerns for tsnius, or modesty. It is not clear why the movie was playing on a chartered jet filled almost exclusively with ultra-Orthodox men.