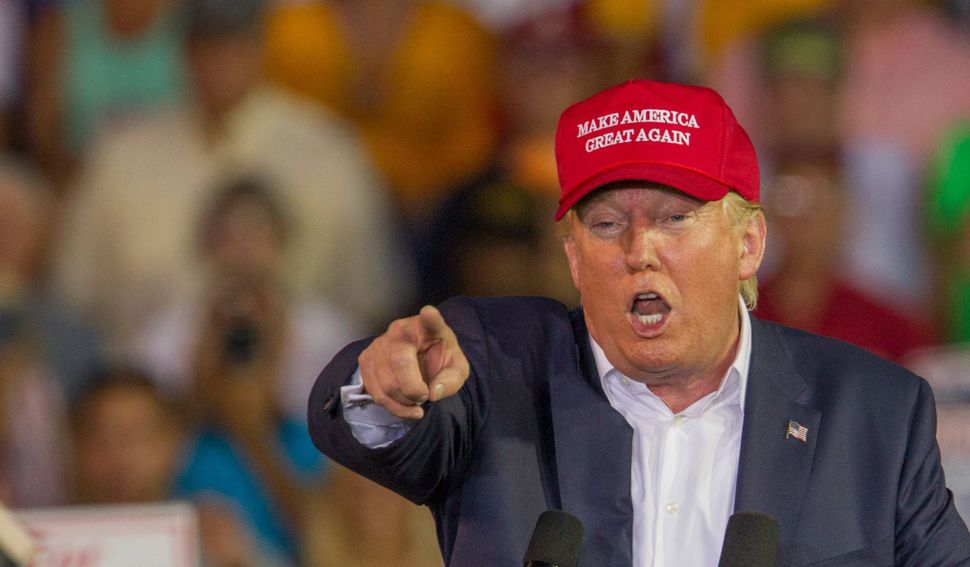 President Trump told Howard Stern more than a decade ago that his elder children Donald Jr. and Ivanka were upset that younger half-sister Tiffany would get money from their father’s inheritance – agreeing with the dirty talk show host that the siblings were trying to “bump” Tiffany.

“Do your older children get nervous every time you have another child?” Stern’s co-host Robin Quivers asked. Trump agreed that his children were skittish about him siring more kids – he has five, including 11-year-old Barron – and that having more kids dilutes his fortune.

“I have a friend who is also like a very rich guy,” Trump told Stern, in tapes unearthed by Newsweek. “And he said how his children hate the new children coming along and everything else; I said, ‘Yeah, because every time you have a child, it’s 20 percent less to the people [Inaudible].”

Trump defended Tiffany, his fourth child whose mother is his second wife Marla Maples. “Tiffany is great. I have a great child. And Tiffany, I have great children.”

Stern raised the possibility that Tiffany herself was concerned about Trump having another child – Barron – with third wife Melania.

“Tiffany has taken out a hit on Melania’s new baby. Is there any truth to that?” Stern asked him. He answered: “Well, you know, it does cut up the pie as you keep producing.”