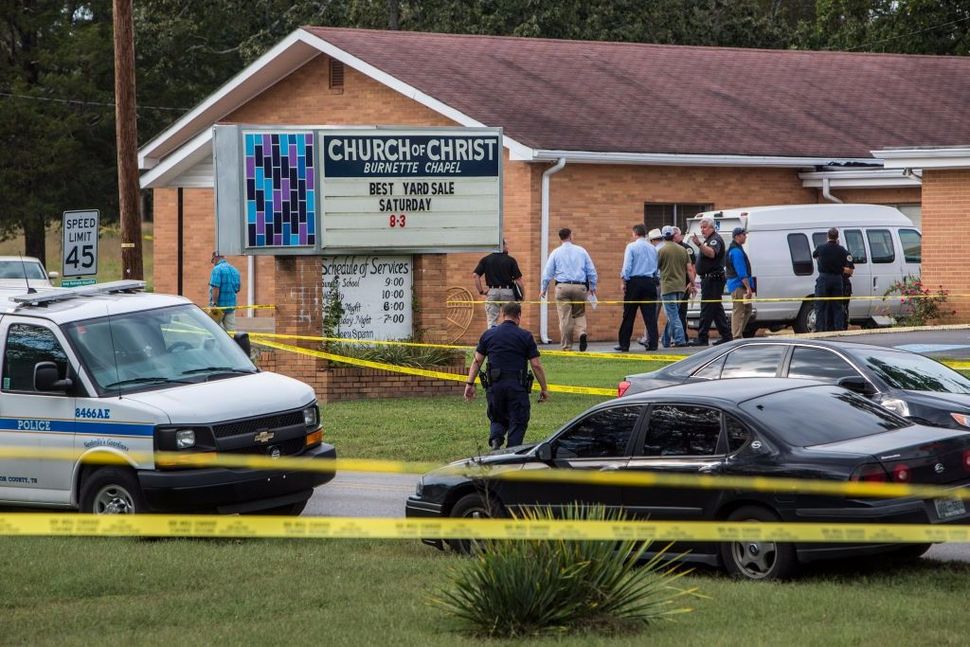 (JTA) — Nashville-area synagogues will increase security for Yom Kippur services in the wake of a shooting at a local church that killed one worshipper.

On Sunday, the gunman shot a woman in the parking lot of the Burnette Chapel Church of Christ as she walked to her car at the end of services. The gunman then entered the sanctuary and began shooting with two guns.

Local synagogues told Nashville’s NBC affiliate WSMV that they would increase security ahead of Yom Kippur, when thousands attend services.

Among the precautions are security cameras and increased police presence, both uniformed and plainclothes.