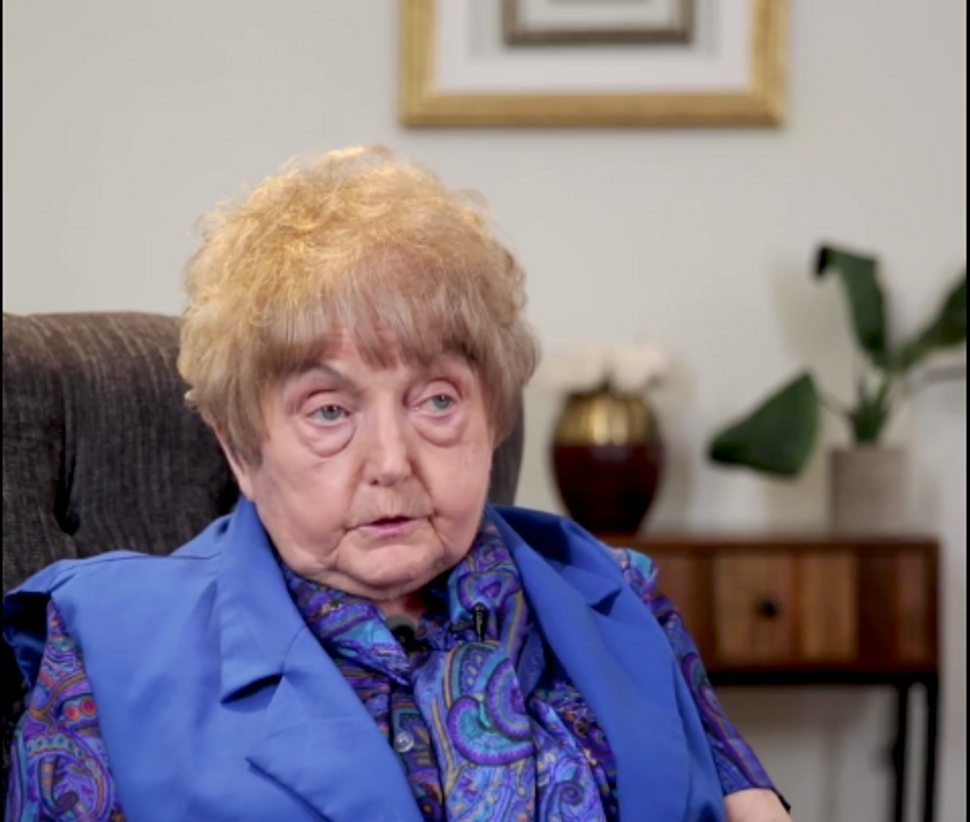 Holocaust survivor Eva Mozes Kor forgave the Nazis, including Dr. Josef Mengele, who experimented on her. Image by facebook

A Holocaust survivor explained in a video for BuzzFeed that has been watched more than 40 million times why she forgave the Nazi doctor who experimented on her and her twin sister.

Eva Mozes Kor and her family were deported from Romania to Auschwitz in May 1944. She and her twin sister Miriam were saved from death and sent to be experimented upon by Dr. Josef Mengele and his team, who sought to study twins.

She explained how, 50 years later, she met with Dr. Hans Munch, one of the doctors there, who was convinced to sign a document attesting to the veracity of the Auschwitz gas chambers. Mozes Kor also signed a document there forgiving him and all Nazis, and later explained that she had specifically forgiven Mengele.

“I felt free, free from Auschwitz, free from Mengele,” she explained in the video. While she said that most Holocaust survivors had denounced her, Mozes Kor called it “an act of self-healing, self-liberation, self-empowerment….We cannot change what happened. That is the tragic part. But we can change how we relate to it.”