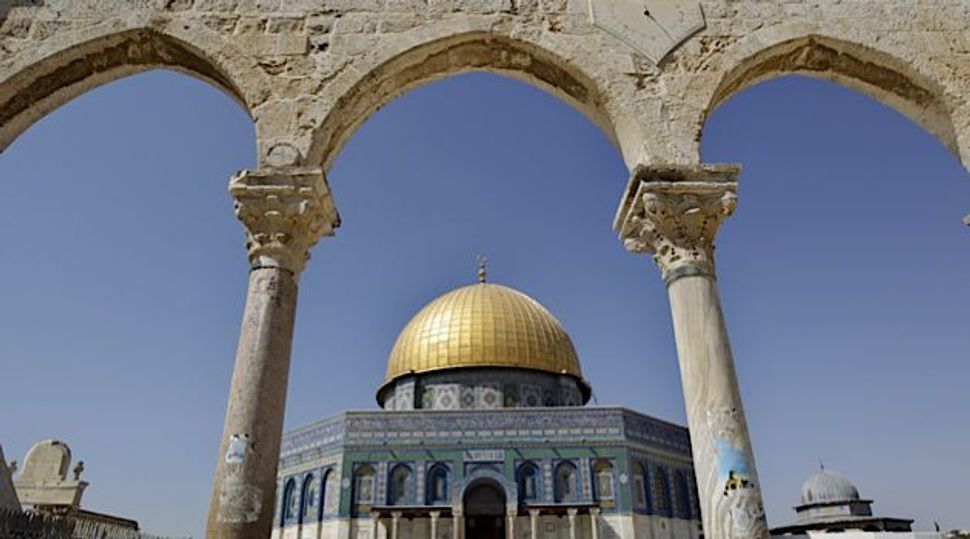 JERUSALEM (JTA) — Three Arab-Israelis were arrested for planning a shooting on the Temple Mount.

Two of the arrested, one a 16-year-old minor, of Umm al-Fahm located near Haifa in northern Israel, were supporters of the Islamic State who planned to carry out a shooting attack on the Temple Mount modeled after one in July that killed two Israeli Border Police officers. The third man arrested was a supporter of the Islamic State who possessed weapons to carry out the attack.

The men were arrested on September 17, the Israel Security Agency, or Shin Bet, said in a statement issued on Thursday.

Following the arrest and questioning of the three suspects, other individuals from the Umm al-Fahm area were detained on suspicion of trafficking in war materiel, and some of the illegal weapons were seized.

The planning of the attack on the Temple Mount began shortly after the July 14 attack. That attack led to violence and tension at the holy site, which revolved around the issue of Israel increasing security to the form of metal detectors and more surveillance at the Mughrabi gate where the terrorists entered.

“The ISA views Israelis who support the terrorist Islamic State organization, especially those who are in contact with its operatives and who work on its behalf inside the State of Israel, as a serious security threat,” the agency said in a statement. The statement also said that the Israel Security Agency “will continue to take determined action and use the necessary enforcement measures to prevent the dissemination of the Islamic State ideology in Israel and to thwart the carrying out of any activity that harms the security of the state.”