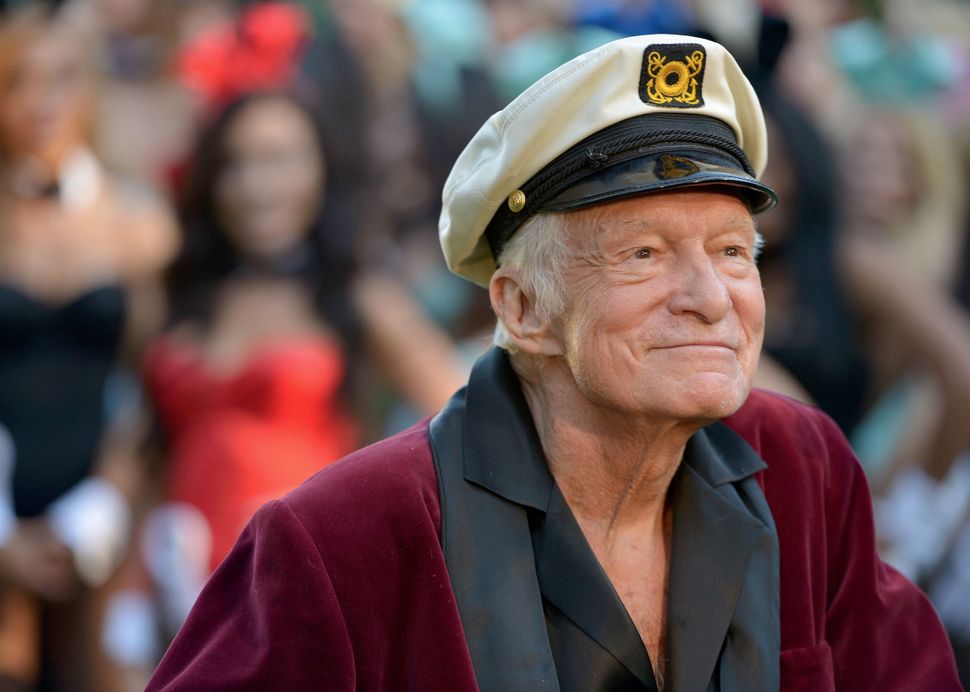 “What is Hugh Hefner’s legacy?” Boteach asked on Twitter. “Pamela Anderson told me @Playboy could empower women. I think it exploited them. What do you think?”

What is Hugh Hefner’s legacy? Pamela Anderson told me @Playboy could empower women. I think it exploited them. What do you think?

Boteach is a spiritual mentor to Anderson, and the two have recently teamed up to campaign against what they call pornography’s pernicious effect on society. But Boteach’s relationship with Playboy is a little more complicated. In 1998, the media-savvy rabbi sold an extended extract from his book “Kosher Sex” to Playboy for a reported $200,000.

“Kosher Sex” is Boteach’s manifesto on the power of sex within a marriage. His decision to publish parts of it in Playboy was met with criticism at the time, but the rabbi defended the move. “Where am I going to put this, the synagogue newsletter?” he said. “I’m going to put this in the place where it’s most important to be read.”

On Twitter, Boteach said that even though he was invited to Playboy’s 30th anniversary party, he didn’t go because his wife forbade him.