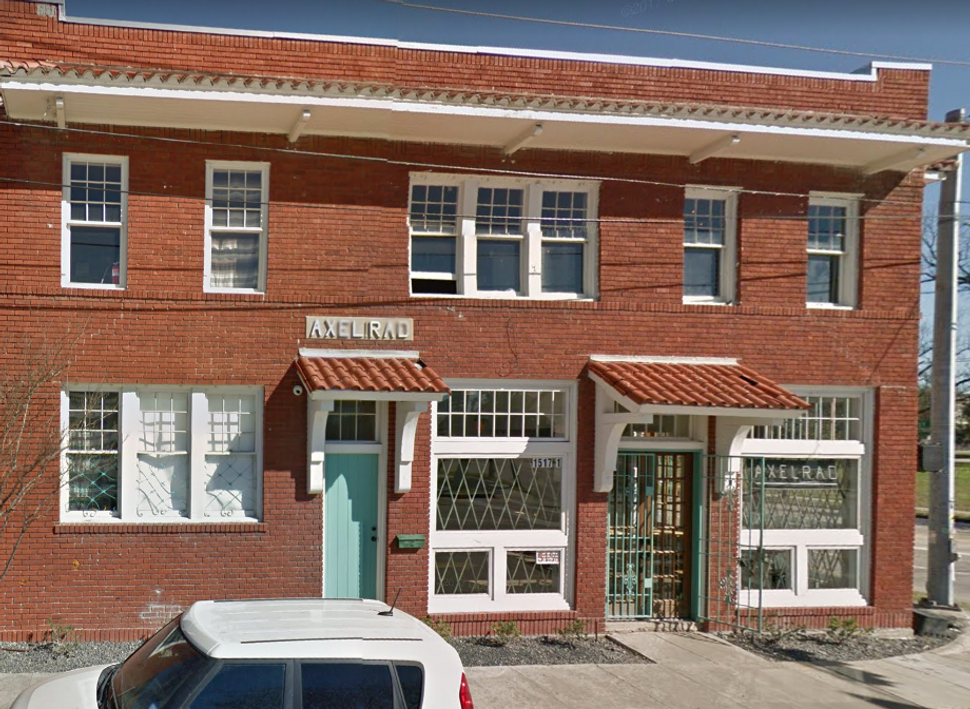 Axelrad’s, a Houston beer garden with Jewish roots, will be hosting a Yom Kippur break fast on Saturday night for the city’s Jewish community – battered like other residents after the devastation wrought by Hurricane Harvey.

“Hurricane Harvey really threw us for a loop! As we recover and rebuild, we want to recognize and cherish our amazing community. Please join us for a grand ‘break the fast’ at Axelrad Beer Garden,” wrote on an online the proprietors at Axelrad’s, who are organizing the free event with the support of the Houston Jewish Federation.

Axelrad’s, known for its hipster vibe, is located in an old grocery store by the same name – once operated by Jewish immigrants David and Gertrude Axelrad a century ago. One of their descendants is an investor and owner in the current Axelrad’s Beer Garden venture.

The event will be held starting 8pm on Saturday, and so far two dozen people have RSVP’ed to show up