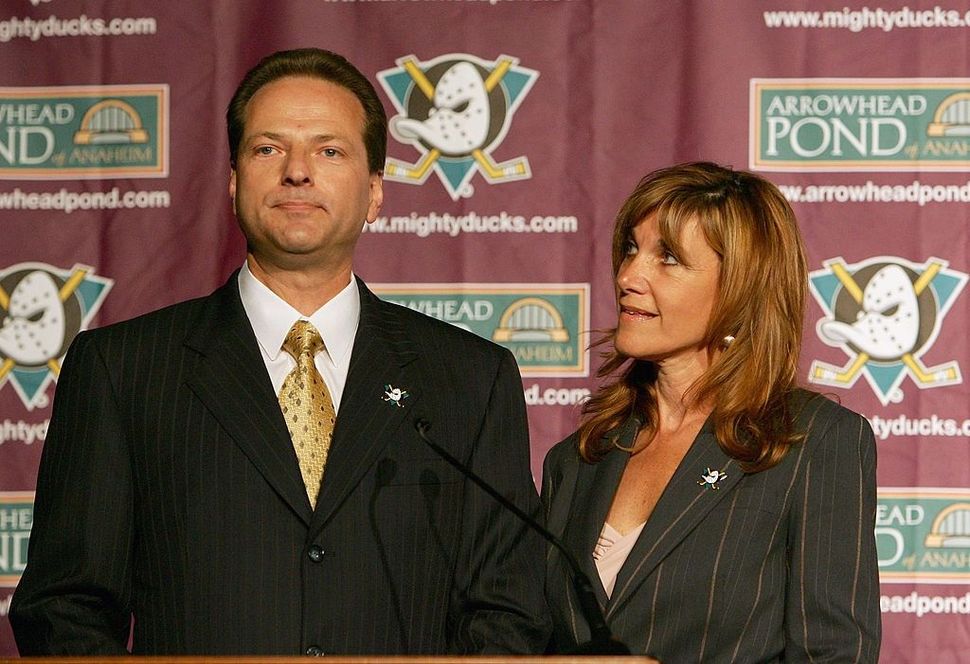 Henry and Susan Samueli, the new owners of The Mighty Ducks of Anaheim, attend a press conference on June 20, 2005. Image by Getty Images

The University of California, Irvine has accepted a $200 million donation to its medical program from a couple that critics believe want to use their philanthropy to promote fake science.

The donation earlier this month by Henry and Susan Samueli, the owners of the Anaheim Ducks hockey team, is the largest in school history. A UCI press release said that the new Samueli College of Health Sciences “will be the first university-based health sciences enterprise to incorporate integrative health research, teaching and patient care across its schools and programs.”

As the Los Angeles Times reported on Monday, “Susan Samueli has spoken frequently about her belief in homeopathy, and her husband has described himself as a ‘complete believer that these alternative therapies have a lot of efficacy.’” But homeopathy—the dilution of harmful substances at doses so small that they’re indistinguishable from water—has repeatedly been proved not to work.

Despite this, homeopathy was listed as a treatment option on UCI’s website—until it was taken down after a L.A. Times reporter began asking questions. However, a homeopath and acupuncturist is still listed on the medical school’s website.

Critics are concerned that the Samuelis will use their gift to introduce non-scientific or anti-scientific ideas into the academy. “If mainstream medicine, by its own standards, uses interventions which have been shown to be safe and effective, the only things left to integrate are treatments that have not been shown to be safe and effective,” critic Steven Novella wrote, adding that UCI “is now the standard bearer for quackery in academic medicine.”