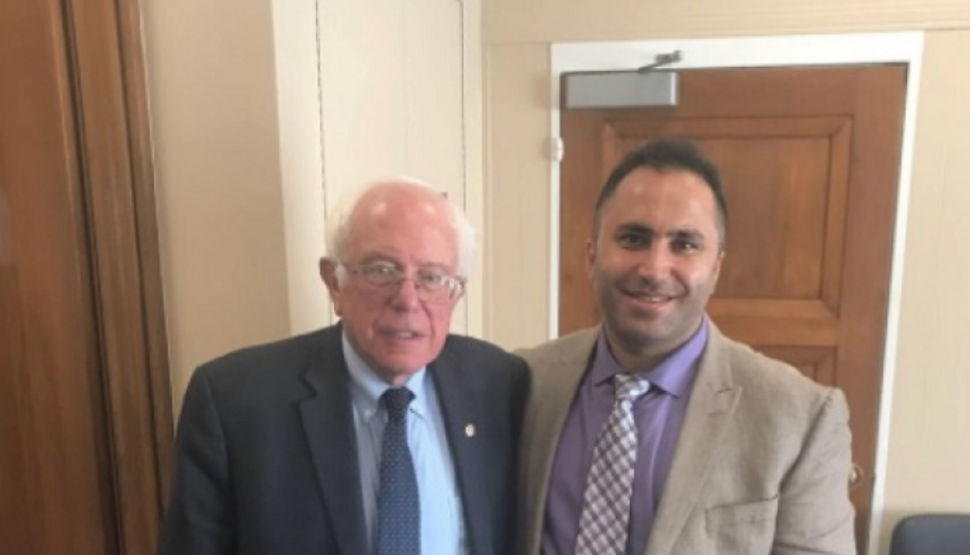 Bernie Sanders took some time on Thursday to meet with Issa Amro, a Palestinian activist visiting Washington after being arrested and prosecuted by Israeli and Palestinian Authority officials.

According to Amro, he and the Vermont senator discussed the Israel-Palestine conflict, including “discussing the current situation on the ground and what can be done to change it.”

“I said to him that if I was an American, I would campaign for him to win the presidency. I was following him during the election and was especially impressed by how he was talking to the younger generation,” Amro told Haaretz.

Sanders signed a letter on behalf of Amro, after he was hassled by Israeli and Palestinian authorities – minor charges that Amro says were politically motivated by his work with Palestinian youth in the city of Hebron.

Sanders has been a vocal critic of Israel’s policies on the West Bank and a supporter of a two-state solution.