For Yom Kippur, A Nantucket Synagogue Will Read The Book Of Jonah Under A Whale Skeleton 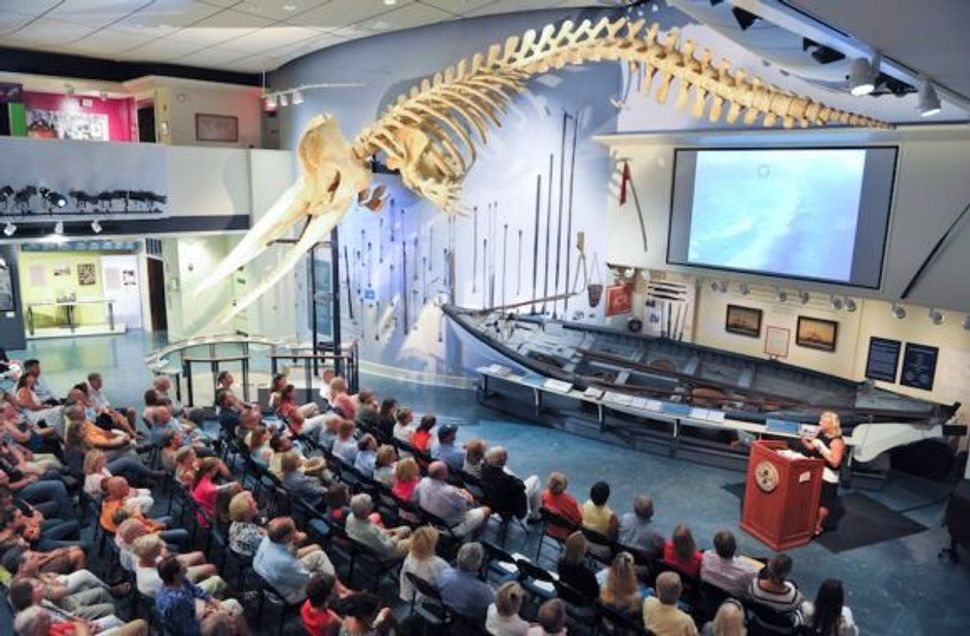 (JTA) — One of the more colorful portions of the daylong Yom Kippur liturgy is the reading of the book of Jonah, an enigmatic narrative of a reluctant prophet, an indignant God and a giant fish.

But because of the service’s timing, relatively few people are around to hear it. So one rabbi is spicing up the reading by holding it under a 46-foot skeleton of a sperm whale.

The reading Saturday afternoon will take place at the Nantucket Whaling Museum, located on the Massachusetts resort island. A hub of the whaling industry in the 1800s, Nantucket was immortalized in Herman Melville’s classic novel “Moby-Dick” as the starting point for Ishmael’s journey.

“I read it [Jonah] as allegory, but the idea that it could happen captures the imagination more when you see maybe [the whale] is big enough that it could happen,” said Rabbi Gary Bretton-Granatoor of Congregation Shirat HaYam (Hebrew for “Song of the Sea”) in Nantucket. “We feel very comfortable going into the sea, but our biblical antecedents had a great fear. They would see great large fish and that would spark the imagination. I felt this would be the ideal place to talk about it.”

The short book is read in its entirety during the day’s afternoon service, coming after the exhausting Musaf service and before the climactic, closing Neilah service.

Shirat HaYam also hopes to pay homage to Nantucket’s heritage. Following a traditional Hebrew chanting at synagogue, an English reading will take place under the whale, and Bretton-Granatoor will give a lecture about how Jewish sages have viewed sea creatures throughout history.

For Yom Kippur, A Nantucket Synagogue Will Read The Book Of Jonah Under A Whale Skeleton