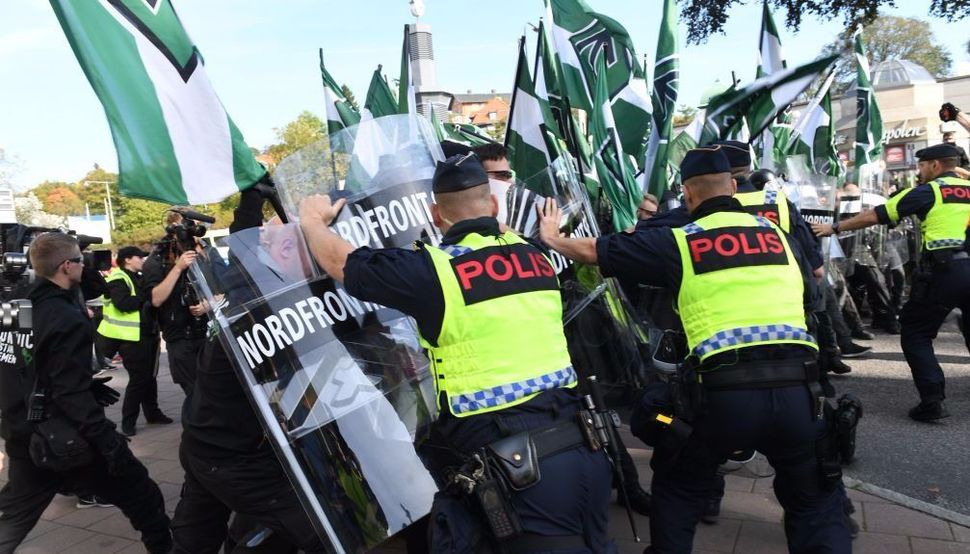 More than 30 people were arrested on Saturday as both neo-Nazis and anti-fascists clashed with police during a march by the extreme right-wing Nordic Resistance Movement (NMR) on Yom Kippur in the Swedish city of Gothenburg, police said.

The NMR gathered hundreds of people for the march, many armed with shields and helmets, while many thousands of counter-protestors also hit the streets of Gothenburg.

Membership in Nazi organizations is not illegal in Sweden and the NMR had a permit from the police to march.

Swedish police said on their website that 35 people had been arrested during the day. At least two people were injured, including one police officer who broke his arm.

“Given the intent that many had here today, the scenario could have been much worse,” commanding officer Emilie Kullmyr told daily Dagens Nyheter.

The neo-Nazi march was halted in the early afternoon, before it reached its designated starting point, after a clash with the police. Police put up a ring around the NMR demonstrators to keep them apart from anti-fascists.

A judge ordered the march rerouted away from the city’s main synagogue.