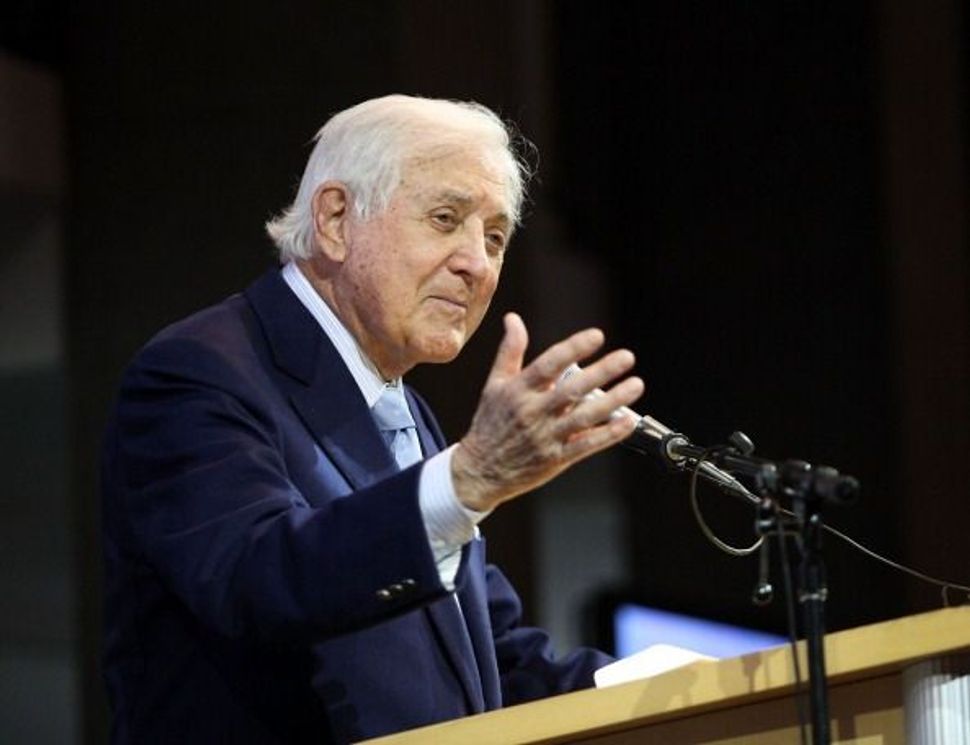 (JTA) — Monty Hall, the friendly and engaging host of the long-running television game show “Let’s Make a Deal,” has died.

Hall died of heart failure at his home in Beverly Hills, California, on Saturday at the age of 96. He suffered a heart attack in June shortly after his wife of almost 70 years died, and had been ill ever since.

Hall also was the co-creator of the game show in which contestants vie to make deals with the host in which they trade smaller prizes for a chance at something bigger behind a curtain or in a box. At the end of the show the two biggest winners of the day compete for prizes behind three doors.

Hall reportedly appeared in more than 4,500 episodes of the show, which remains on the air with Wayne Brady as host. Hall hosted the show for 23 years until 1986, and for a short time in 1991.

Hall’s family told CNN that he helped to raise close to $1 billion for charity during his life and that he spent about 200 days a year in fundraisers and charitable work.

Hall was born Monte Halparin in the Canadian city of Winnipeg, Manitoba to Orthodox Jewish parents, Maurice Harvey Halparin, who owned a slaughterhouse, and Rose Rusen. He reportedly wanted to be a doctor, not an actor, but could not get into medical school due to Jewish quotas, according to the CBC.