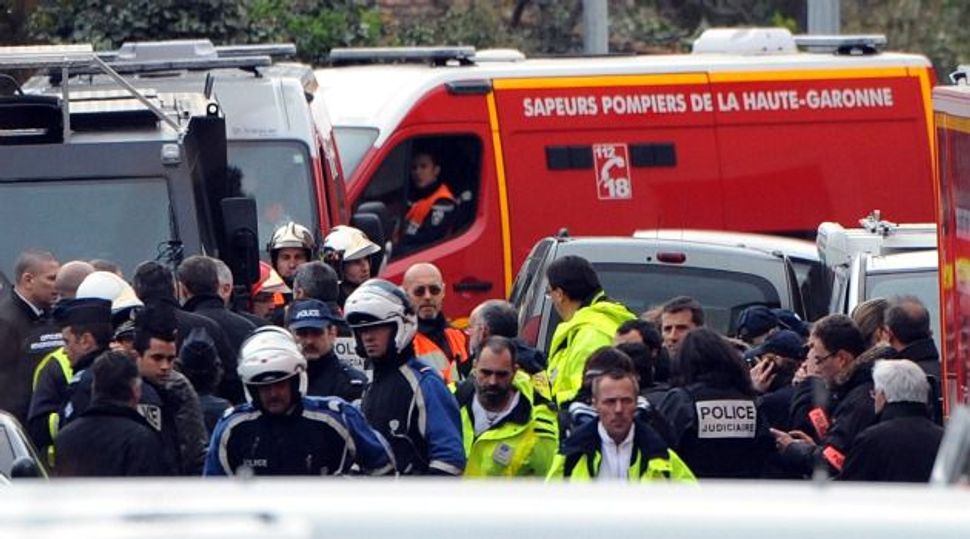 (JTA) — More than five years after his arrest, Abdelkader Merah is being tried for his alleged complicity in the slaying by his brother Mohammed of four Jews and three soldiers in Toulouse, France.

The trial of the older Merah, 35, began Monday in Paris in a special tribunal qualified to review highly classified material presented by the prosecution, the Le Figaro daily reported. The content of the indictment against Merah, whom the prosecution wants imprisoned for life, is subject to a strict gag order.

In addition to Abdelkader Merah, another suspected Islamist, 34-year-old Fettah Malki, also is facing charges of assisting Mohammed Merah carry out terrorist attacks in March 2012, when Mohammed Merah killed three soldiers — one who he tricked into meeting by pretending to want to carry out a business transaction, and two whom he shot on the street — and four Jews: Three children and a rabbi who he gunned down at a Jewish school.

Mohammed Merah was killed in a shootout with police at an apartment where they tracked him down three days after the school killings.

Both the older Merah brother and the other defendant have denied having any foreknowledge of Mohammed Merah’s planned attacks but police say they have evidence suggesting they were both involved in preparations for the attacks. Mohammed Merah’s brother also supported him spiritually and psychologically in his becoming a terrorist, the prosecution said.