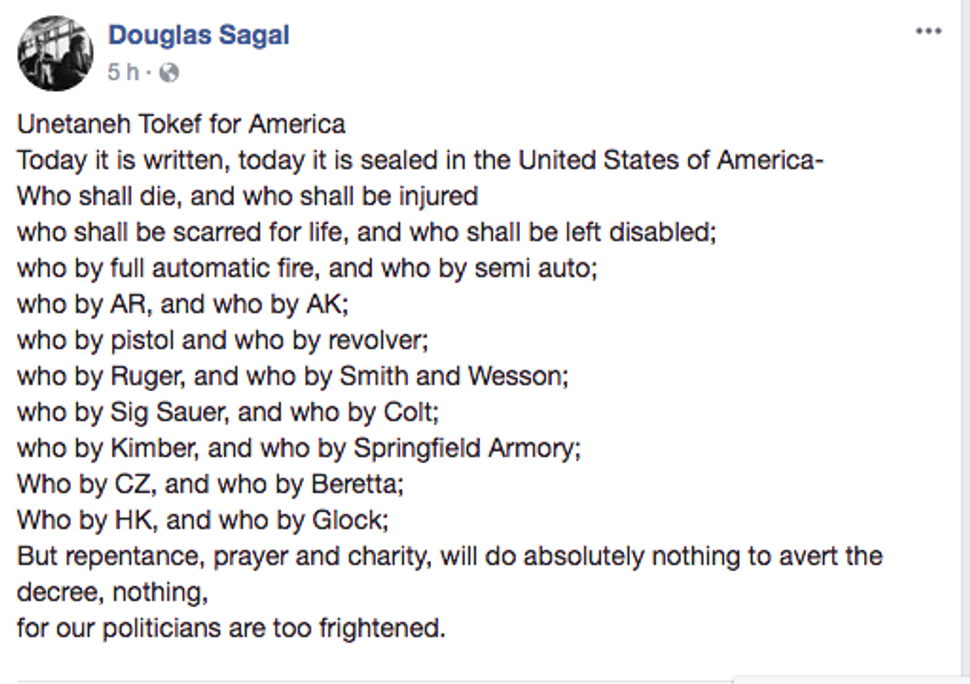 As Americans process the horrific Sunday night shooting in Las Vegas, one rabbi has put pen to paper, writing a protest prayer-poem about gun violence. 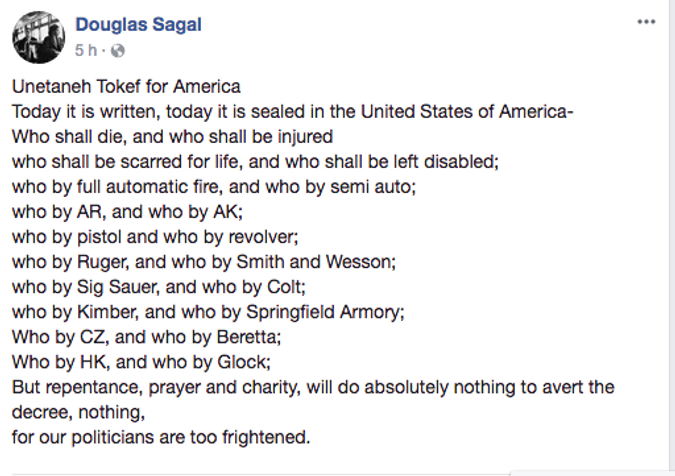 Titled “Unetaneh Tokef for America,” Rabbi Douglas Sagal’s poem protests the inability of politicians to pass gun control – and links to it a deadly epidemic of a firearms violence. The title references the start of the Kedusha prayer, recited daily in Hebrew by observant Jews.

Sagal is the pulpit rabbi at the Reform movement-affiliated Temple Emanu-El in Westfield, New Jersey – and has set the Web afire with his potent words on gun violence and redemption.

So far, more than 100 people have liked his post, which has also been shared hundreds of times.