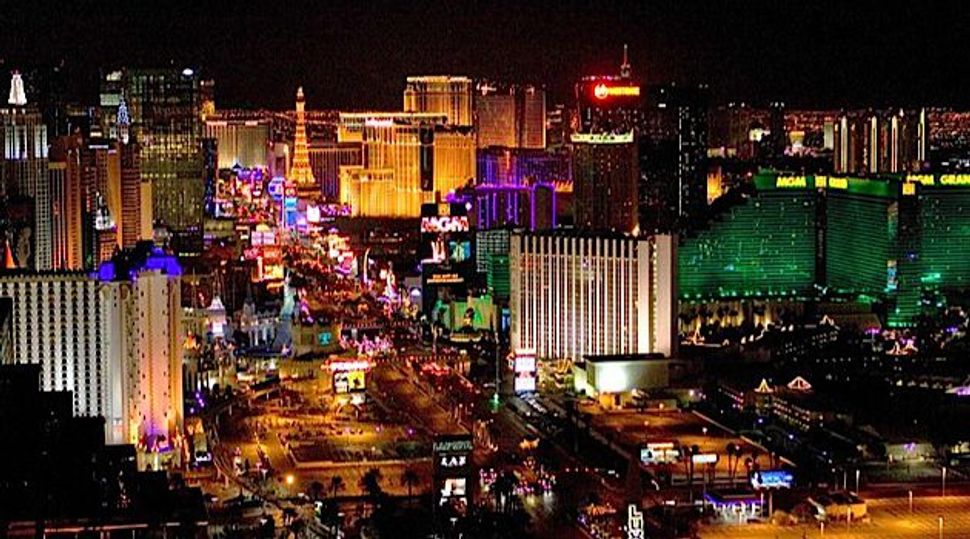 (JTA) — Jewish groups responded to the mass shooting in Las Vegas by condemning the violence and calling for gun control legislation.

At least 58 people are dead and more than 500 wounded in the attack at a country music festival outside the Mandalay Bay Resort and Casino on the Strip late Sunday night. It is the deadliest mass shooting in U.S. history.

The Anti-Defamation League, the National Council of Jewish Women and the Reform movement were among the groups that called for tougher gun control laws in the attack’s aftermath.

“While we are still learning details and do not know the impetus for the killings, one thing is clear: the threat of mass violence against innocent civilians in America has not abated. This threat must be taken seriously,” Anti-Defamation League National Director Jonathan Greenblatt said in a statement. He called for the enactment of “tough, effective gun violence prevention measures.”

National Council of Jewish Women CEO Nancy Kaufman in a statement called for Congress to act to “stem the tide of this senseless violence before yesterday’s tragedy becomes just another record to be broken.”

Rabbi Rick Jacobs, president of the Union for Reform Judaism, said the mass shooting cannot be termed a random act of violence.

“Even before all the facts are known we know this: rather than revere gun rights our country must finally revere human life,” he said.

The Jewish Federations of North America in its statement called on people wherever they are to donate blood.

David Bernstein, president of the Jewish Council for Public Affairs, said that while authorities have not determined whether the shooting was an act of terror, “there is no question that it has terrorized and traumatized hundreds of innocent people.”