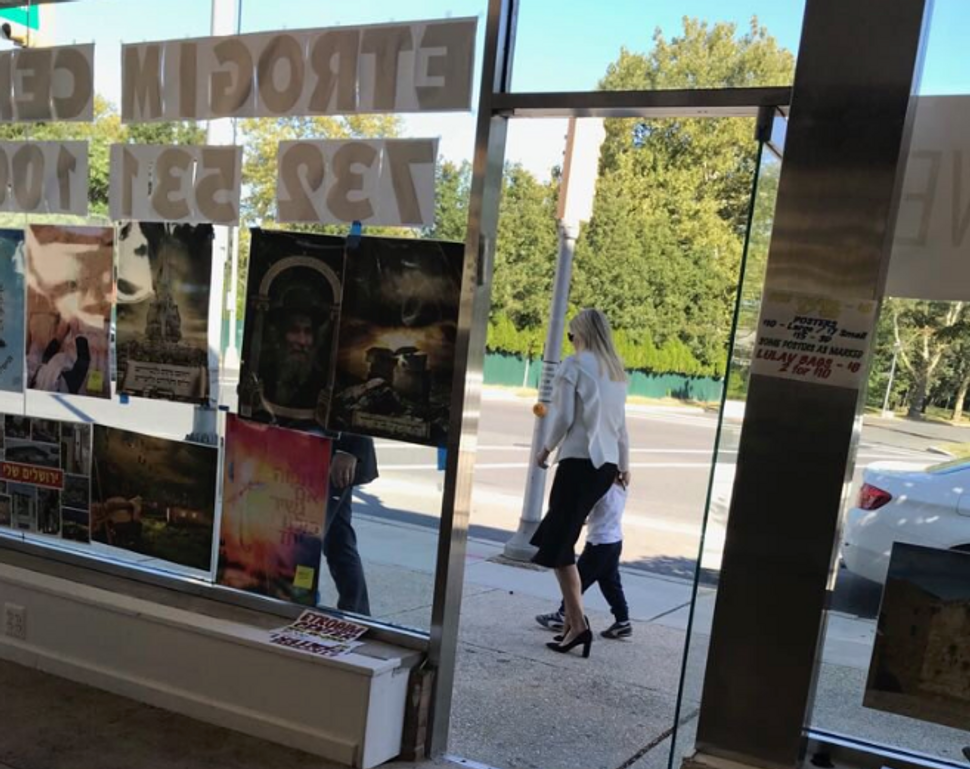 Ivanka Trump went shopping for a lulav and etrog with her son Joseph in Deal, New Jersey. Image by Twitter

Presidential advisor and First Daughter Ivanka Trump was spotted shopping for Sukkot supplies in Deal, New Jersey on Sunday along with her four-year-old son Joseph and two Secret Service agents in tow.

The harvest holiday of Sukkot is traditionally celebrated using a lulav—a set of palm, willow and myrtle branches—and an etrog, a yellow citron fruit.

The family of Trump’s husband, Jared Kushner, is from northern New Jersey.

Trump and Kushner were photographed in 2011 preparing for Sukkot with their daughter Arabella, then a baby. 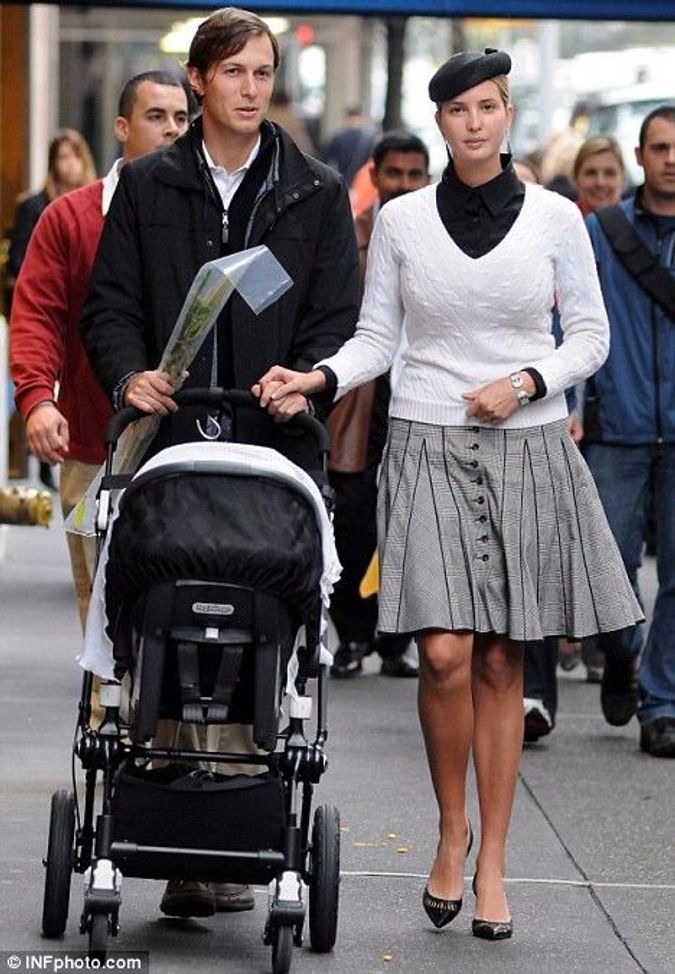 Trump frequently shares social media messages and photos of her and her children celebrating Jewish holidays.