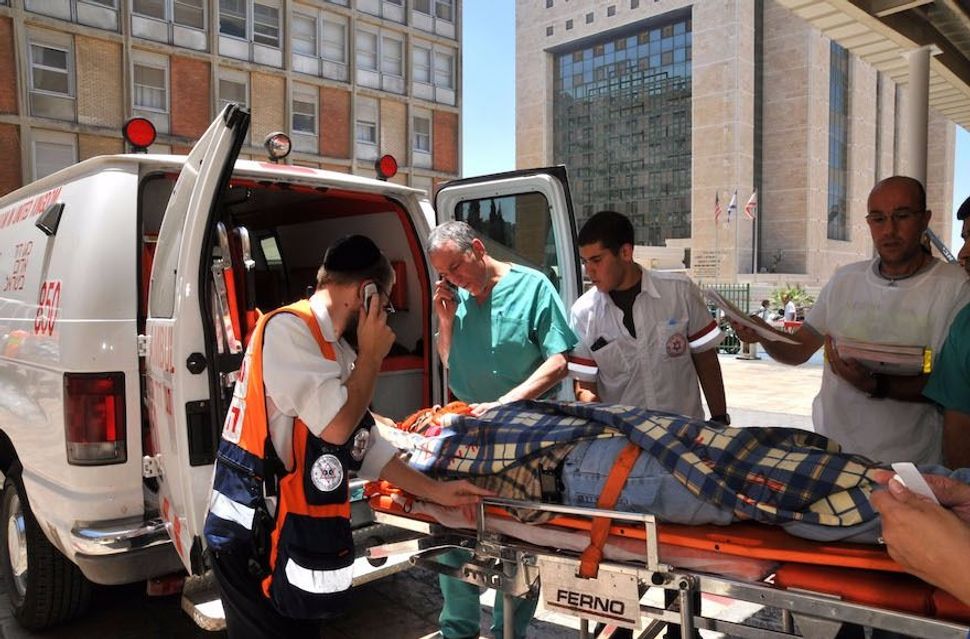 When Dr. Avi Rivkind landed in Las Vegas three years ago to lecture as a trauma care expert, he saw something that troubled him.

He felt no less comfortable on the city’s Strip while watching crowds flow from hotels to casinos to shops to the street — with little security in sight.

“I felt there was a lack of presence, from the ease of getting around there, from the casinos, from how easy it is to enter all the malls,” he told JTA on Monday. “I felt very uncomfortable.”

Rivkind, who heads the Shock Trauma Unit at Hadassah Medical Center in Jerusalem, is a pioneer in treating victims of mass-casualty terror attacks.

He came to Las Vegas in the summer of 2014. Before he left, however, Rivkind delivered a warning to a local TV channel: Get ready for a potential terror attack.

“With all the casinos and people are coming here from all over the world, I think you should take a huge situation,” Rivkind told Channel 8, the local CBS affiliate. “In my mind, it’s a question of time.”