Family Home Of Palestinian Shabbat Killer Will Be Demolished 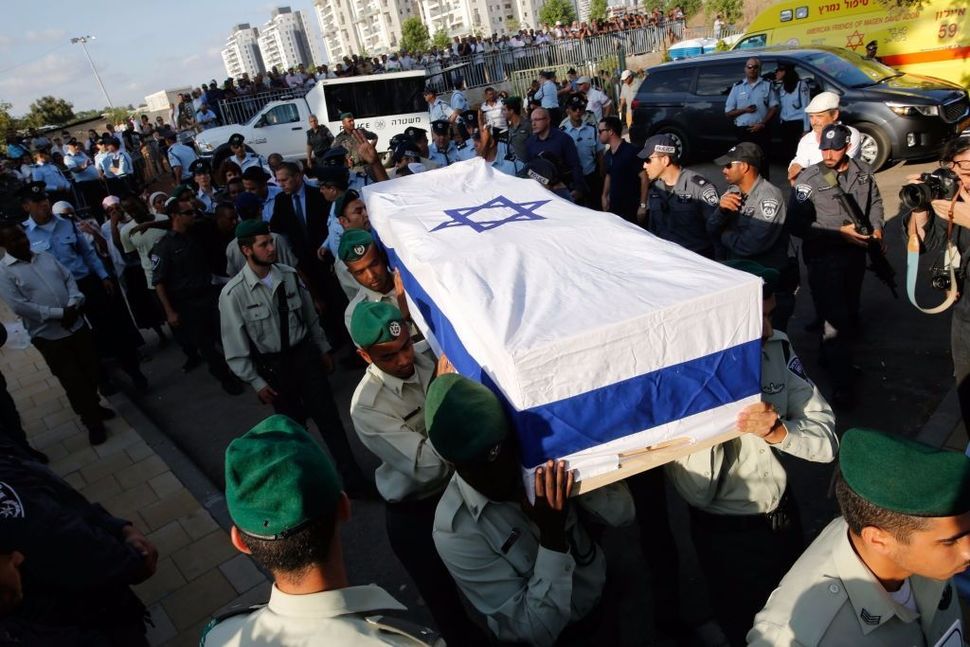 JERUSALEM (JTA) — The family home of the Palestinian man who killed three security officers in a shooting attack at an entrance to the West Bank settlement where he worked will be demolished.

The Israel Defense Forces notified the family of Nimr Mahmoud Ahmed Jamal, 37, on Monday night. The military said the family has 72 hours to evacuate the home or officially challenge the decision.

The home is in Beit Surik, which is located next to the settlement of Har Adar, where the attack took place.

Jamal, a father of four, had a permit to work in Har Adar. It is the second time since October 2015 that a Palestinian with an Israeli-issued work permit has committed a terrorist act.

The shooting took place on September 26 as the security officers were opening the back entrance of the Har Adar settlement to Palestinian workers.

According to the Israel Security Agency, Jamal had significant personal and family problems. His wife fled to Jordan several weeks earlier, reportedly due to domestic violence, leaving him with their children.

Jamal was shot and killed by police during the attack.

Family Home Of Palestinian Shabbat Killer Will Be Demolished