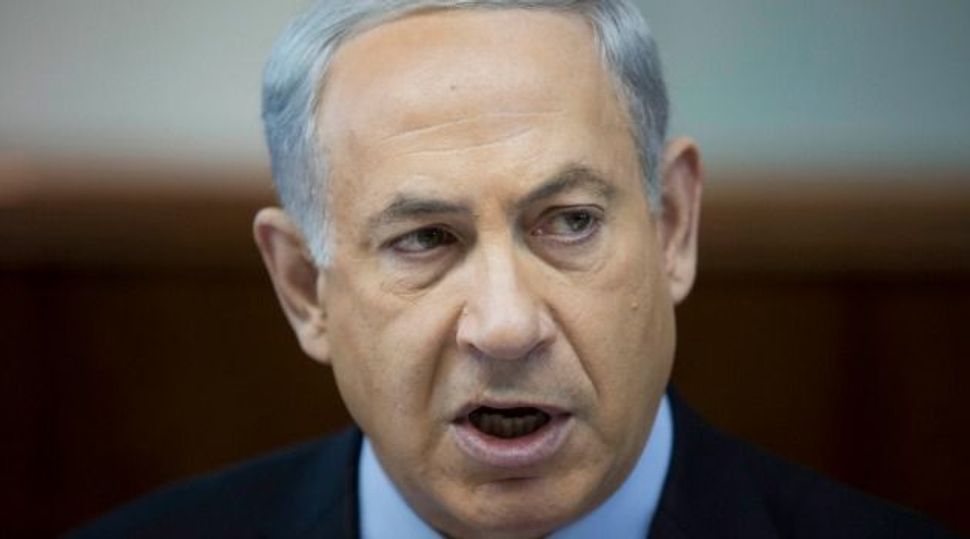 JERUSALEM (JTA) — Israeli Prime Minister Benjamin Netanyahu speaking at a meeting in the West Bank settlement of Maale Adumim, said that the Palestinians are reconciling “at the expense of our existence.

He was referring to a meeting on Tuesday in Gaza of the Palestinian Authority cabinet in Ramallah, led by PA Prime Minister Rami Hamdallah for the first time in three years, part of a reconciliation agreement between the Fatah Party of PA President Mahmoud Abbas and Hamas, which controls Gaza.

“We expect everyone who talks about a peace process to recognize the State of Israel and, of course, to recognize a Jewish state and we are not prepared to accept bogus reconciliations in which the Palestinian side apparently reconciles at the expense of our existence,” Netanyahu said during his Likud Party’s meeting in the settlement of 40,000 people located just east of Jerusalem. “Whoever wants to make such a reconciliation, our understanding is very clear: Recognize the State of Israel, disband the Hamas military arm, sever the connection with Iran, which calls for our destruction, and so on and so forth. Even these very clear things must be clearly stated.”

During the meeting Netanyahu also announced that Maale Adumim would “forever remain part of Israel,” and promised to build thousands more apartments there, the Times of Israel reported.

Maale Adumim is largely expected to remain part of Israel under a peace agreement, though such action could prevent the Palestinians from having a contiguous state of their own on the West Bank.