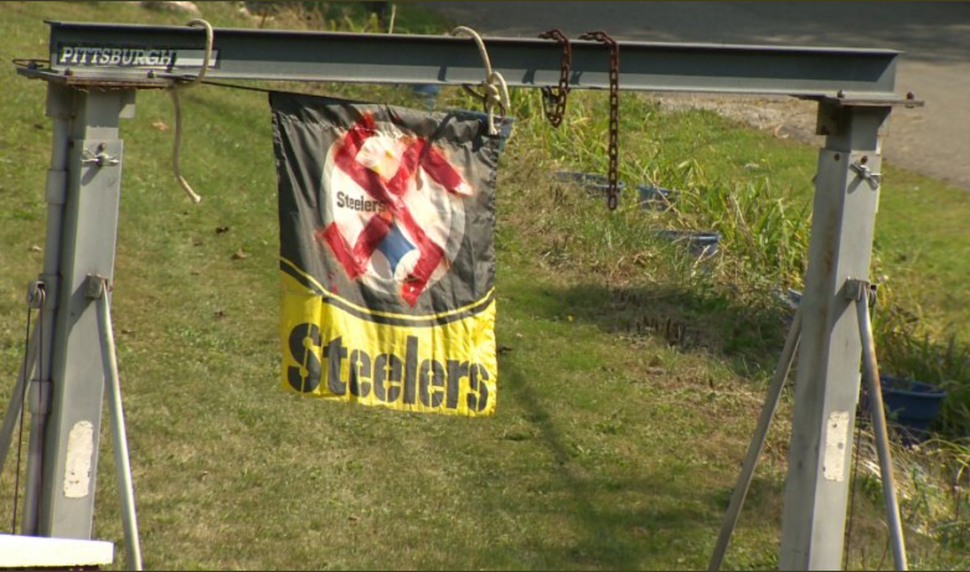 A Pittsburgh man is defending the Steelers flag that he painted with a swastika in protest of the current wave of NFL players kneeling during the national anthem, WPXI reported. The news team was first contacted about the flag by neighbors too uncomfortable and scared to confront the man who created it.

The man claims that the message is not about supporting Nazism, but one of protest against the Steelers’ own protests.

“If they want to demonstrate, they have every right to do that. Out of uniform in a public forum, not in a uniform representing the Rooneys,” Uhl added. “My choice, I find it was upsetting not to have patriotic participation.

The man later submitted a statement to WPXI in which he called the swastika “a symbol of hate.”

“I want to tell your viewers that I was wrong in placing a Swastika on the Steeler’s Flag,” the statement read. “The Flag has been removed. “I’m not apologizing but should not have singled out just the Steelers. The Swastika, a symbol of Hate, should be worn by all the NFL players who do not stand for our Nation’s Flag and Anthem. If the players and owners want to demonstrate against President Trump and the disparity against races, then they should unite in uniform and march on Washington.”