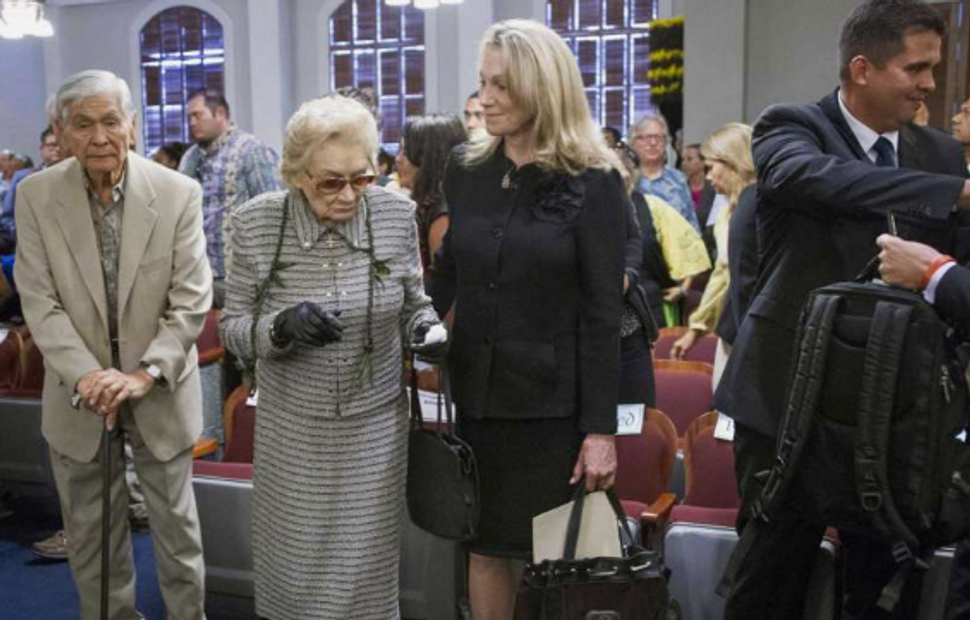 Kawananakoa, 91, was deliberate about her choice of officiant – Stephen Levinson, the judge in question, authored a landmark opinion when he was an associate justice on the Hawaii Supreme Court.

Back in 1993, he ruled that it violated the state constitution for the state not to allow same-sex couples to marry without showing a compelling state interest for the prohibition. His ruling was overturned by a constitutional amendment, but it was one of the most important legal victories in the early history of the gay rights movement.

Kawananakoa is the descendant of Prince David Kawananakoa, who was once heir to the Kingdom of Hawaii – an autonomous kingdom before it was absorbed into the United States. She is also the great-granddaughter of one of the archipelago’s largest landholders – with her own fortune estimated at $215 million.