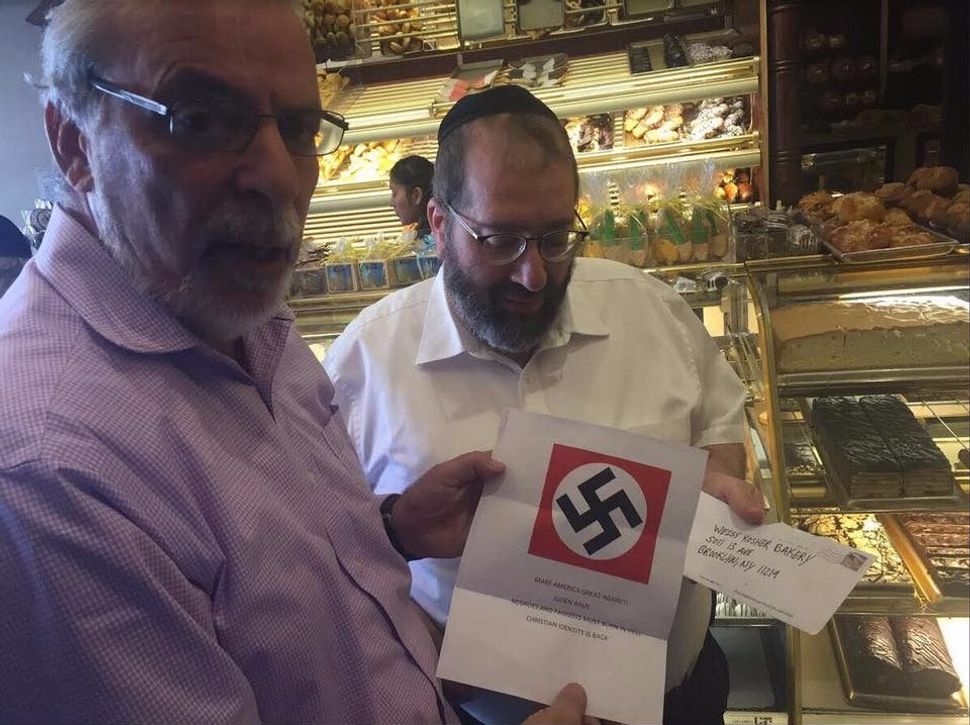 Weiss Kosher Bakery in Brooklyn was hit with anti-Semitic messages on Monday, after mail was delivered to the Borough Park cake and cookie shop that included a Nazi swastika and other Third Reich slogans.

“Make America Great Again” read the typed-out message, delivered via mail. “Juden Raus. Negroes and faggots must burn in hell. Christian identity is back.” “Juden raus” is a Nazi slogan that means “Jews out.” The sentences were written under a large swastika.

Weiss Kosher Bakery is located on 13th Avenue, in the heavily Orthodox Jewish section of Brooklyn. The incident was initially reported on social media. A receptionist who picked up the phone at the bakery confirmed the incident, but declined to elaborate further.

Since last fall’s presidential election, a hate crime wave has hit New York City – with a marked spike in bias incidents directed at Muslim and Jewish residents of the city.