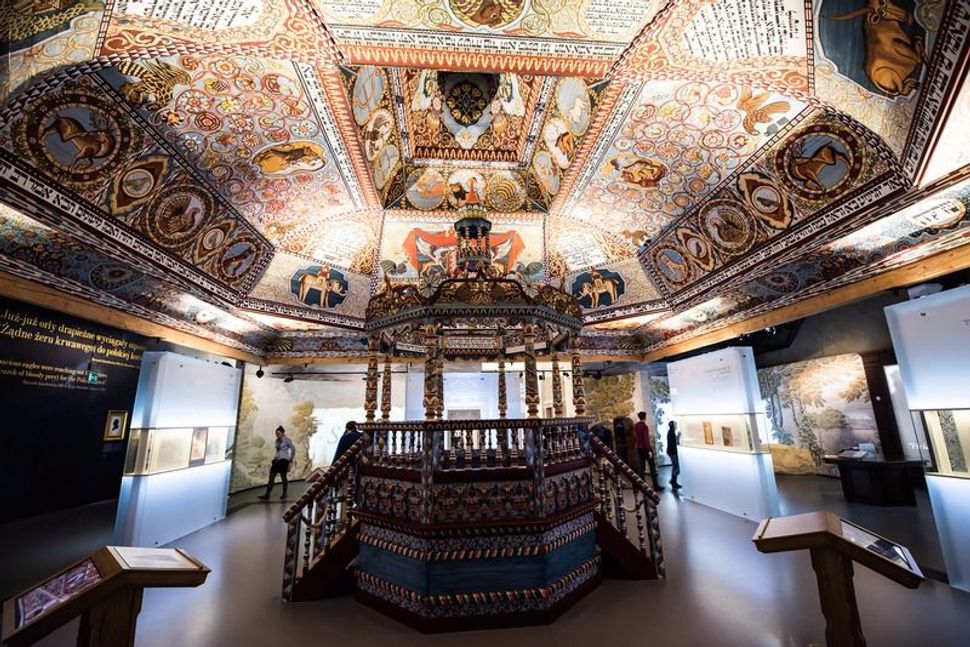 (JTA) — Less than three years after it opening, the core exhibition of the Polin Museum of the History of Polish Jews  registered a million visitors.

The millionth ticket was bought by a Polish couple, Barbara and Sławomir, from the city of Szczecin in northwest Poland, a museum spokeswoman, Zaneta Czyżniewska, wrote in a statement Wednesday. They received a free museum card and return flight tickets for two to Israel from an airport of their choice in Poland.

The core exhibition, titled ”1000-year History of Polish Jews,” is made up of eight galleries, spread over an area of 43,000 square feet presenting the heritage and culture of Polish Jews.

Earlier this month, the museum was recognized with a top honor from the European Union for a project promoting Jewish cultural heritage.

The Europa Nostra Prize, or Our Europe, was presented at a ceremony at the Warsaw museum. Twenty-nine laureates from 18 countries were honored.

“Hundreds of thousands of people took part in the events we organized, and millions of people did it through the internet,” said the director of the museum, Dariusz Stola.