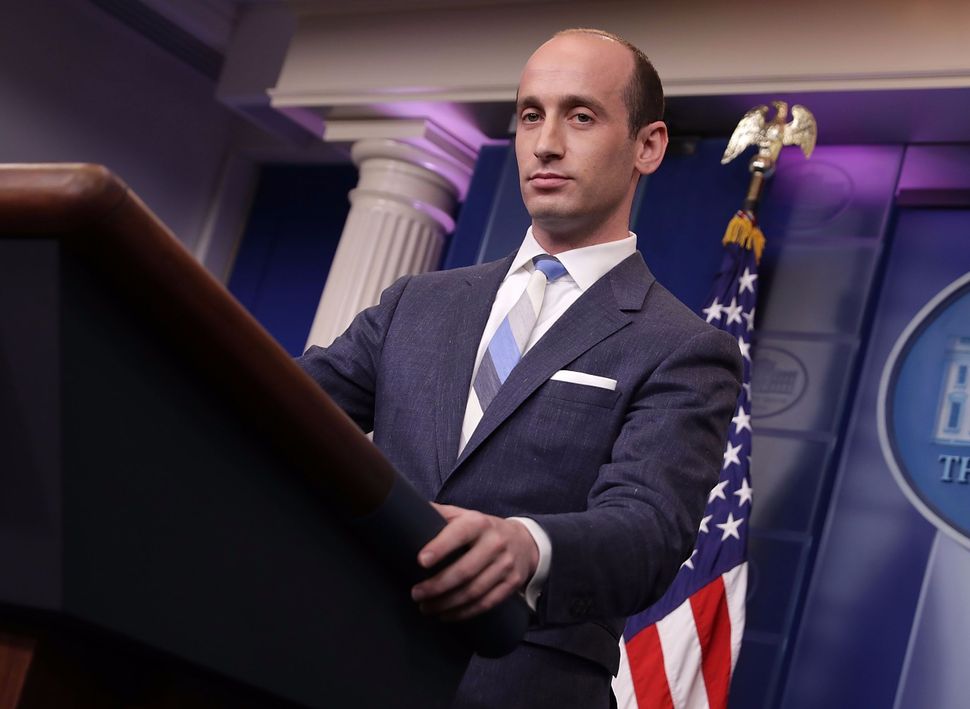 Stephen Miller, senior policy adviser to Donald Trump, has been a voice of “hard-charging conservatism” since his days as a high school firebrand in Santa Monica, California, the New York Times reported. He has gone from railing against his high school’s janitorial staff to helping pen Trump’s infamous “American carnage” speech.

“I can hear Stephen’s voice,” said a former classmate in Santa Monica. “Even when Trump reads these statements, I know, ‘That’s Stephen.’”

Since Stephen Bannon left the White House as a chief strategist in August, Miller has emerged as the stalwart far right voice in the White House. His signature issue — curtailing immigration — has made him an indispensable ally to Trump as he tries to deliver on his campaign promises to build the wall and limit Muslim immigration.

Congregants at Miller’s childhood synagogue, a Reform community in Santa Monica, have been surprised by Miller’s success in Trump’s Washington — and not 100% happy.

“We did our best here,” said his rabbi, Jeff Marx, “to teach Jewish ethics and talk about our need to reach out to the strangers, to those less fortunate than we are.”