Most Charlottesville Protesters Were New To White Supremacy: ADL 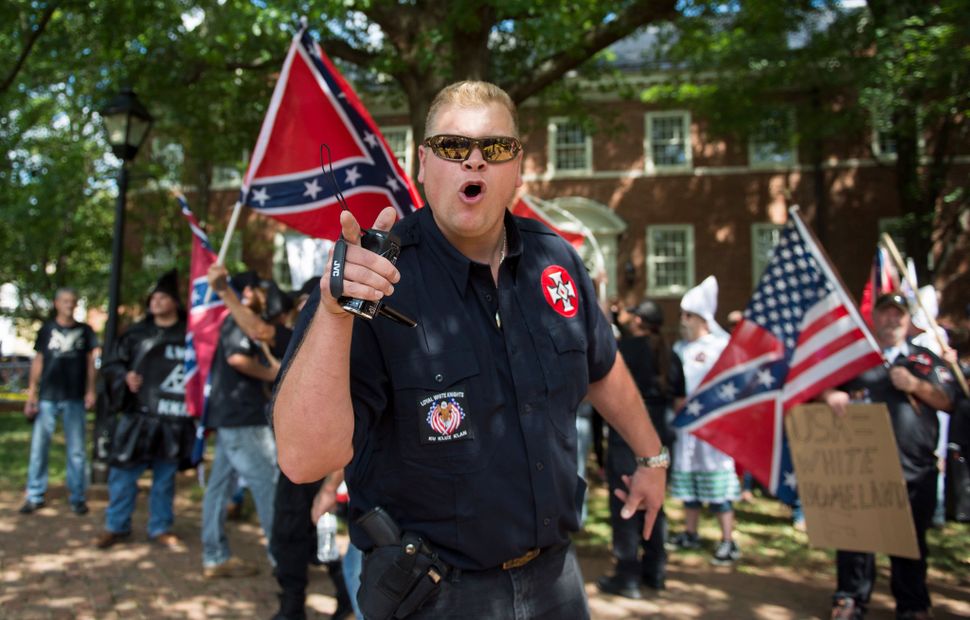 For many of the attendees of the “Unite the Right” rally in Charlotteville in August, it was their first time associated publicly with white nationalism, according to a new analysis from the ADL’s Center on Extremism. Researchers also found that the attendees were overwhelmingly white men — less than 7% of protesters were women.

The analysis, which identified 200 of the estimated 500-600 Charlottesville protesters, showed that they came from 35 states, with Texas, Florida, Ohio and Tennessee providing large numbers. 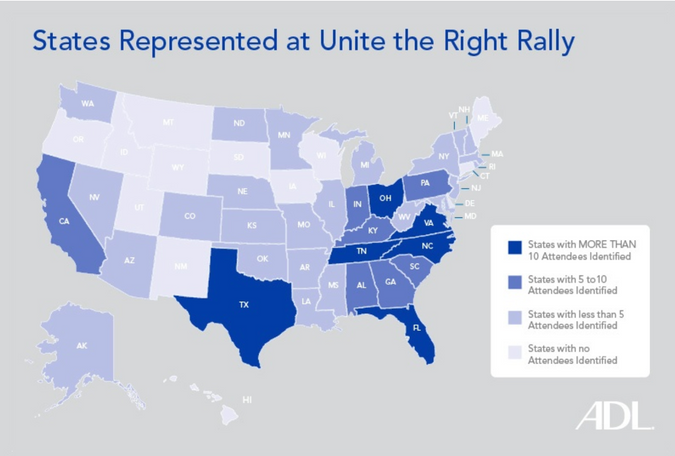 Researchers also noted that the presence of protesters from western states may be attributable to the fact that the rally was meant to “unite” all far right groups, from the alt-right to the KKK. A few attendees came from Alaska.

The Center on Extremism also found that the rally was the largest white supremacist event in the last decade by a factor of five.

Most Charlottesville Protesters Were New To White Supremacy: ADL