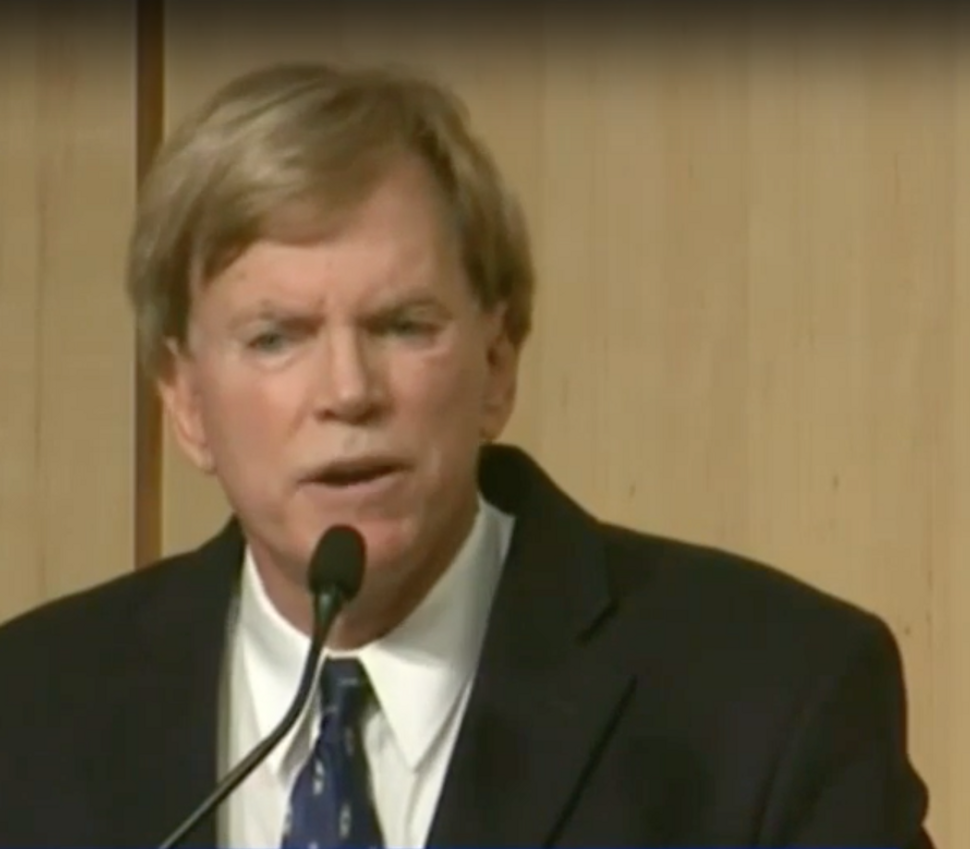 David Duke was not pleased after the New York Times praised the Forward for its dogged coverage of the rise of anti-Semitism and the “alt-right.”

The former Ku Klux Klan leader accused this media organization of being “communist” in a tweet sent after the article appeared.

Founded as a (((communist))) newspaper too. You left that out of your story. https://t.co/nXEEhFgRID

Duke, who was responding to a tweet from Forward editor Laura Adkins, put the triple parentheses around the term “communist” – a symbol that has come to stand in on the “alt-right” for a Jewish conspiracy.

The Forward was founded in 1897 as a socialist newspaper and maintained its socialist stance while adopting an anti-Communist and anti-Stalinist line as the Cold War escalated. It is now entering its 120th year as a the respected voice of independent Jewish journalism, culture and political opinion.