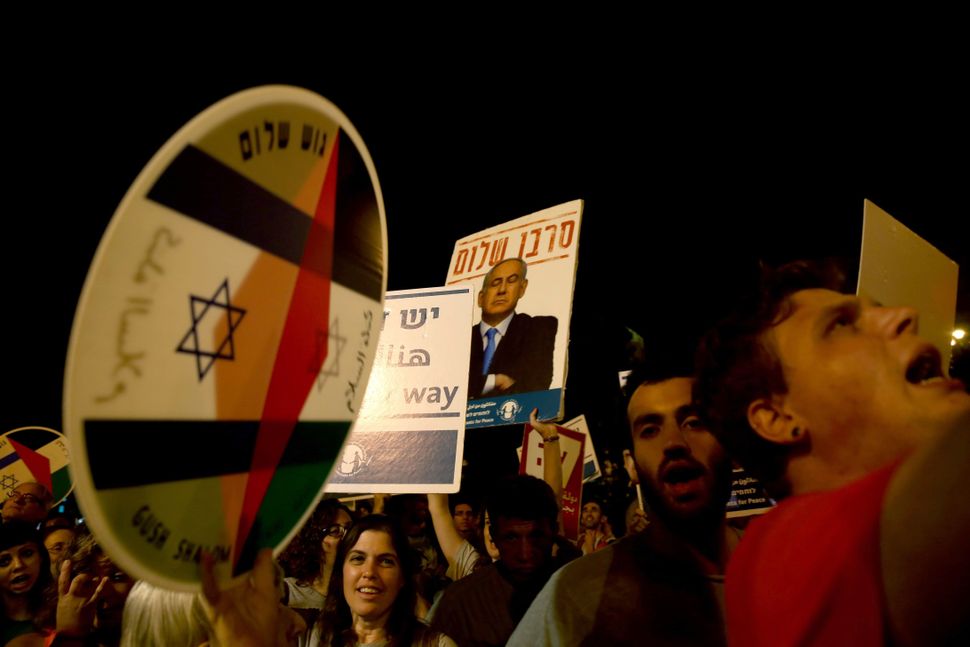 (JTA) — Some 30,000 people participated in a peace rally organized by a group for Israeli and Palestinian women.

The men and women who gathered Sunday in Jerusalem as part of a two-week-long “peace walk” organized by the Women Wage Peace organization were marching for an agreement between Israel and the Palestinians, as well as equal gender representation in peace negotiations, Haaretz reported.

“Palestinian families and Israeli families have lost their loved ones and been left with a wound that does not heal. I came here to say, we want to live!” Shanan, whose son Kamil was one of two Border Police officers killed in a July terror attack in Jerusalem, told the crowd. “We are allowed to say this out loud — we are peace loving.”