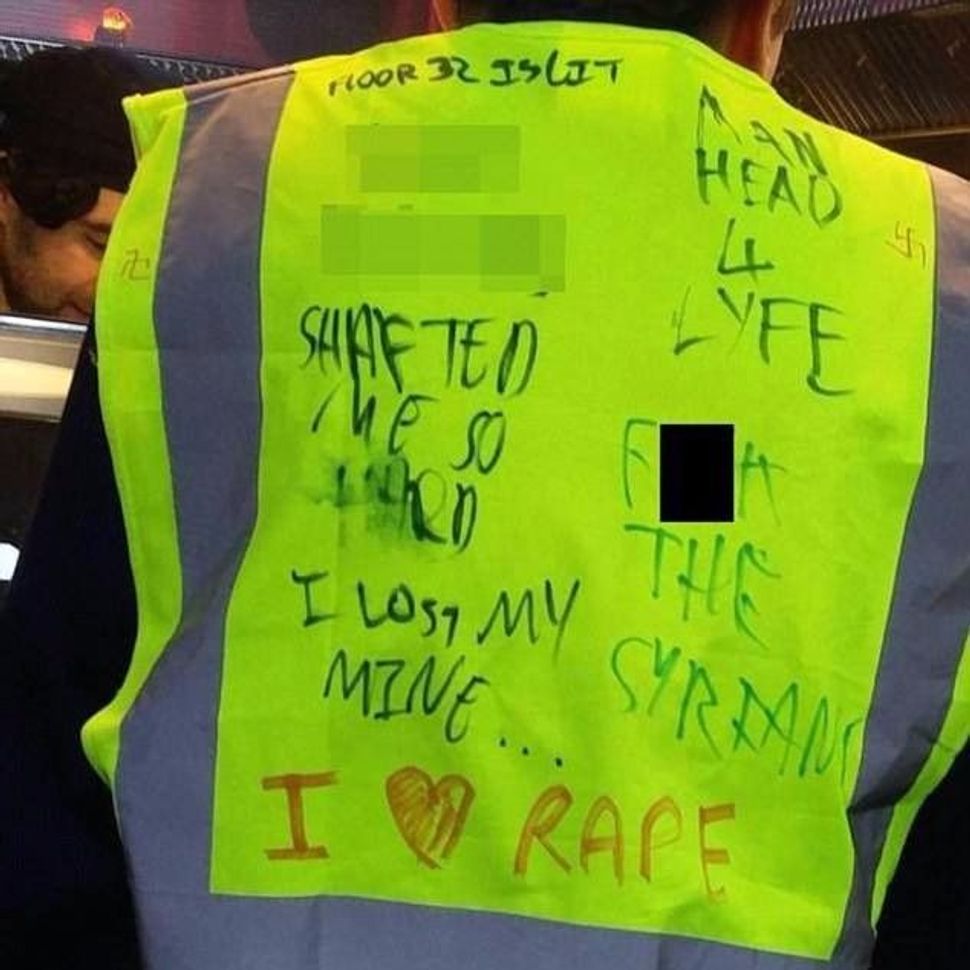 A picture of the reflective vests worn by a few University of Exeter students. Image by Facebook

A group of British students went on a pub crawl wearing reflective vests covered in swastikas and offensive language, the Independent reported.

The students, from the University of Exeter, had scribbled messages such as “I love rape,” and “I love Las Vegas concerts,” a derogatory reference to the recent shooting in Las Vegas that killed 59 people.

“Whatever you do, do not wear your hi-vis from last night to your practical,” one of the pub crawl’s organizers reportedly wrote in a group chat with other students. “I hope you enjoyed the evening but to stay safe do not wear anything from last night again.”

The students, from Exeter’s Camborne School of Mines, wrote the offensive messages on vests they had been given for courses on mining and geology. After being accosted by people on the street in Falmouth, where the pub crawl was occurring, the students reportedly turned the vests inside out to hide the offensive language.

On Facebook, at least one of the students doubled down on the students’ original defense: that it was all a joke.

A spokesman for the University of Exeter told the Independent that the school had launched an investigation into the incident.