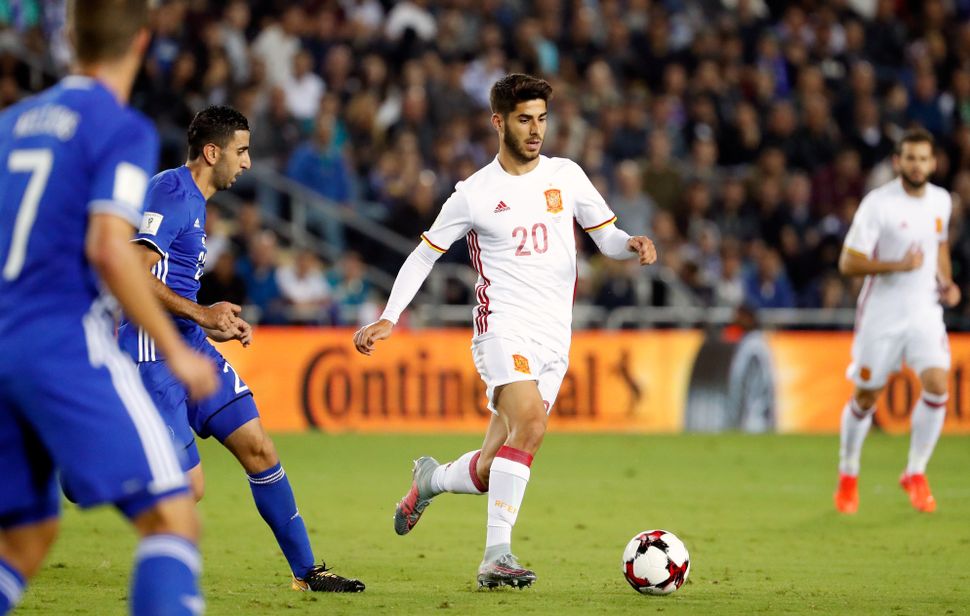 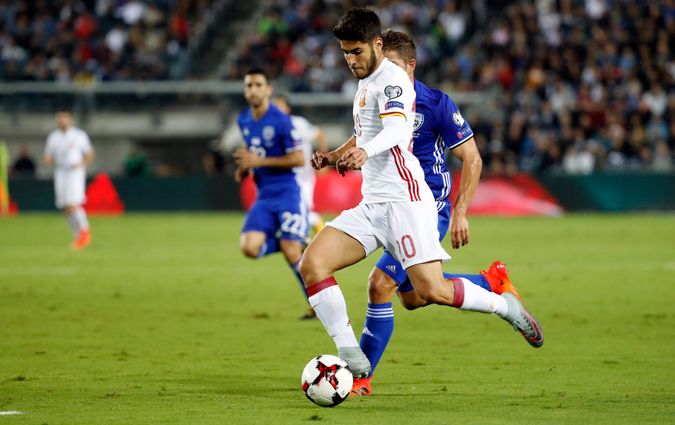 The Spanish national soccer team was in Jerusalem this week for a World Cup qualifier against Israel. While the match itself was fairly tame – a 1-0 win for the visitors – one of Spain’s star players set off some fireworks before kickoff.

Marco Asensio, a midfielder that plays for Real Madrid, spent the night before the match taking in the sights in Jerusalem. He stopped at one of the terraces above the Western Wall, where he snapped this seemingly innocuous selfie:

Asensio was in territory controlled by Israel for a match against the Israeli national team. But his use of the Israeli flag emoji drew a firestorm of responses — nearly 15,000 people replied to the 21-year-old.

As of press time, Asensio has not issued a response. Should he? Let us know on Facebook, or Twitter!