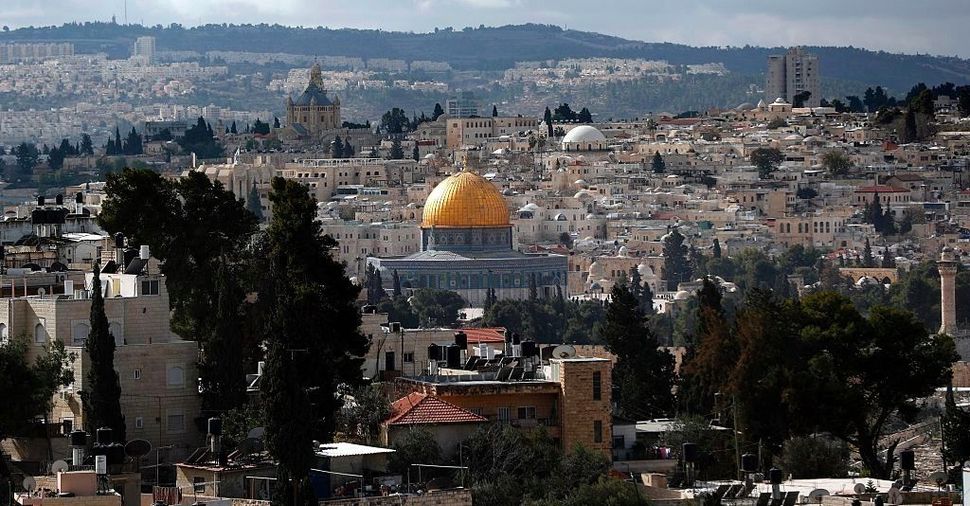 WASHINGTON (JTA) — Senate Minority Leader Charles Schumer renewed his call for President Donald Trump to move the U.S. Embassy to Jerusalem after the president said he wanted to wait to give his relaunched peace push a chance.

“President Trump’s recent comments suggest his indecisiveness on the embassy’s relocation,” Schumer, D-N.Y., said Tuesday in an email to JTA. “As someone who strongly believes that Jerusalem is the undivided capital of Israel, I am calling for the U.S. Embassy in Israel to be relocated to Jerusalem. Moving the embassy as soon as possible would appropriately commemorate the fiftieth anniversary of Jerusalem’s reunification and show the world that the U.S. definitively acknowledges Jerusalem as Israel’s capital.”

Trump in an interview last week with Mike Huckabee, a former Arkansas governor turned TV personality who is known for his pro-Israel activism, said the time was not ripe to move the embassy.

“I want to give that a shot before I even think about moving the embassy to Jerusalem,” Trump said, referring to his efforts to revive Israeli-Palestinian peace talks.

Trump had promised while campaigning to move the embassy, but in June he waived a 1995 law mandating the movie, as every president has done before him.

The Zionist Organization of America also decried Trump’s walk-back from his campaign pledge.