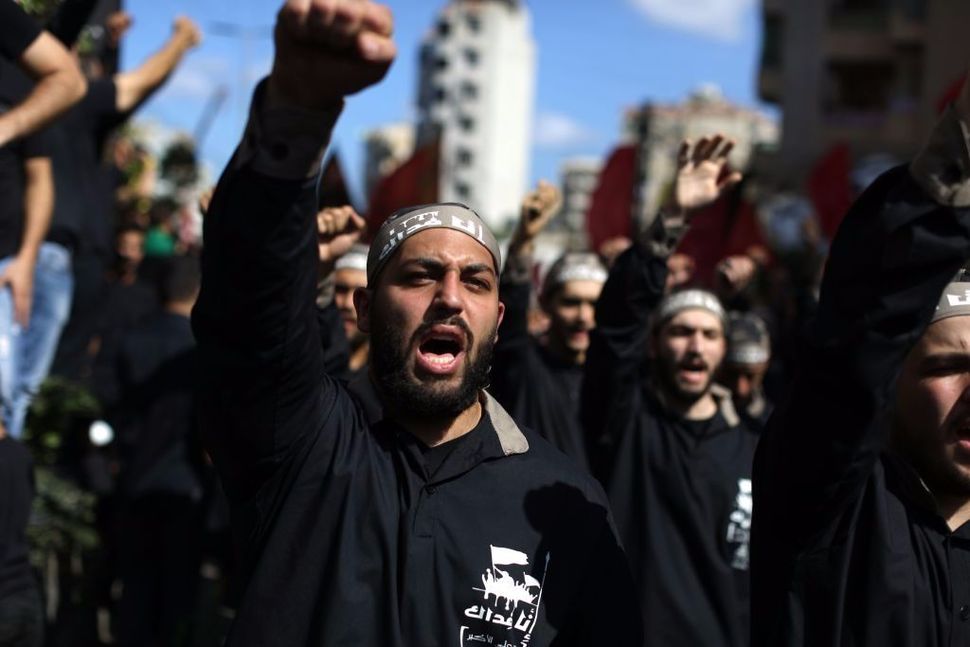 Lebanese Muslim Shiite men affiliated to Hezbollah shout slogans as they mark Ashura in a southern suburb of Beirut on October 1, 2017. Image by PATRICK BAZ/AFP/Getty Images

(JTA) — The State Department offered $12 million in rewards for the capture of two leaders of Hezbollah.

The United States is offering up to $7 million and up to $5 million “for information that leads to the location, arrest or conviction in any country” of Talal Hamiyah and Fu’ad Shukr, respectively, State Department Counterterrorism Coordinator Nathan Sales said Tuesday at a news briefing.

It is the first time in a decade that the U.S. is offering rewards for Hezballah operatives under its counterterrorism rewards program.

Shukr is a senior military commander for Hezbollah in Lebanon who helped launch and plan the 1983 Beirut barracks bombings that killed 241 U.S. Marines, 58 French peacekeepers and six civilians.

“Until Hezbollah stops using terrorism and violence to achieve its goals, the United States and our allies will aggressively target its terrorism infrastructure and financial support networks,” Sales said.