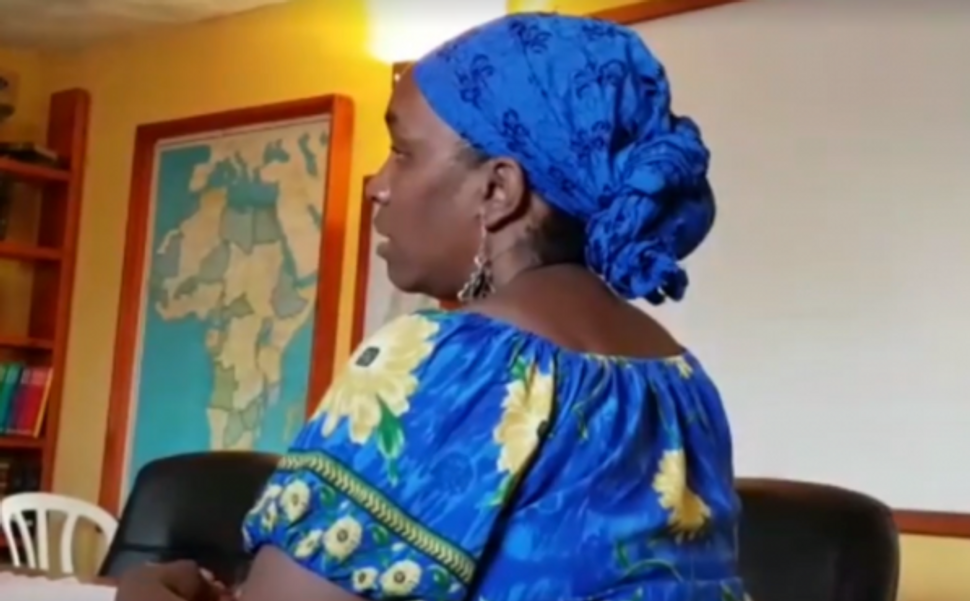 A black Israeli woman was bombarded by racial slurs while riding a public bus in the southern town of Be’er Sheva in a widely-shared video.

In the original video clip, a fellow passenger can be heard insulting Bat Israel in Hebrew, calling her a “kushit,” a pejorative Hebrew term for a black woman, and saying she smells bad.

The passenger, Inbal Ben Baruch, posted the video on Facebook herself. In another video posted on Twitter, Baruch claimed she was not racist and didn’t intend to insult the woman. Baruch claims she has apologized since, but Israel said she has not received any apology.

In the Bible, Kush is the name of Ethiopia, but in contemporary Israeli speech the word “kushi” or “kushim” (in the plural) is widely seen as derogatory.

Some 3,000 Hebrew Israelites lives in the southern city of Dimona. Led by their charismatic Chicago-born leader Ben Ammi Ben Israel, the first members of the community migrated to Israel in the 1960s.