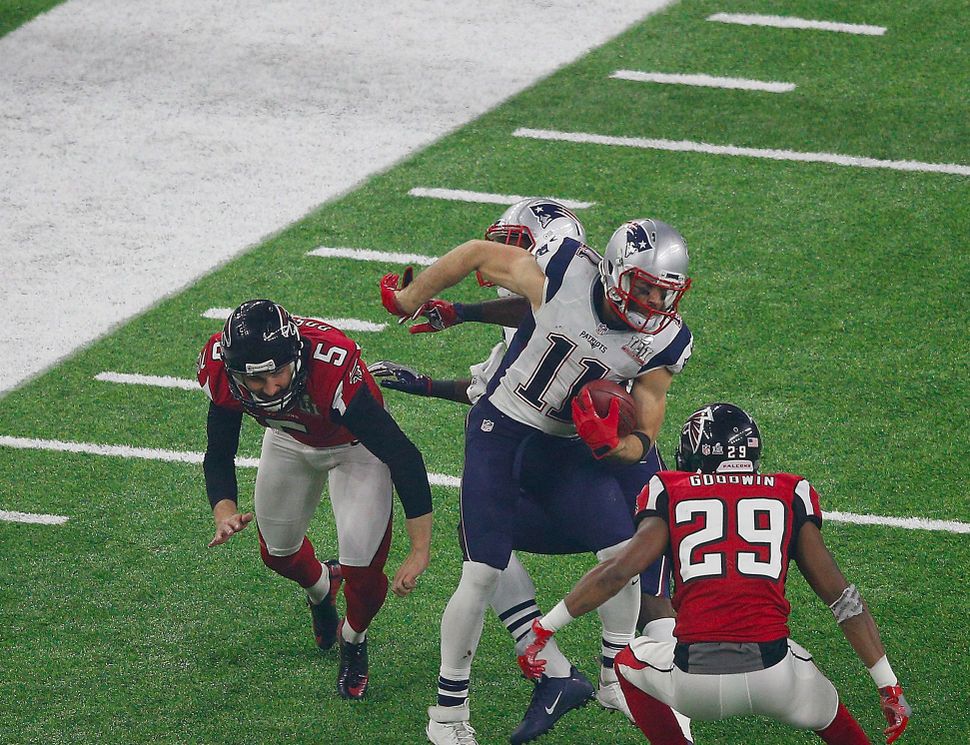 BOSTON (JTA) — If New England Patriots star Julian Edelman retires from the NFL anytime soon, he could clearly have a promising second career as a Jewish children’s book writer.

In front of about 400 children and their families Tuesday night at the Newton Centre flagship of the Jewish Community Center of Greater Boston, the 31-year-old wide receiver and past Super Bowl hero read a special edition of a children’s book he co-wrote last year.

Unsurprisingly, Edelman, who has Jewish ancestry on his father’s side and has identified as Jewish in recent years, was treated like a rock star.

“He’s a really good receiver and I hope I like his book,” Ilan Sherman Kadish, one of Edelman’s many young fans in attendance, said before the star player spoke.

The event was organized by PJ Library, the Massachusetts-based global Jewish children’s book giveaway program supported by the Harold Grinspoon Foundation in partnership with other philanthropists and local Jewish community organizations. Twenty-five thousand copies of Edelman’s book “Flying High,” a semi-autobiographical story about an endearing squirrel named Jules who is determined to play football, are being mailed this week to five-year-olds in Jewish homes across North America through the PJ Library program.