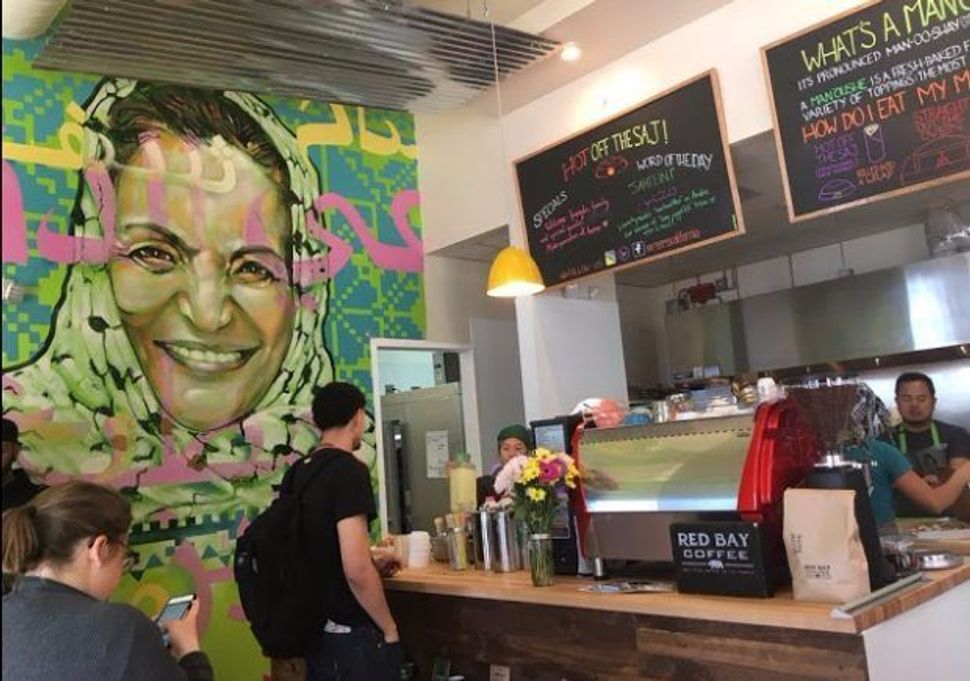 A California baker whose bakery features a mural honoring a convicted Palestinian terrorist has dropped a lawsuit targeting Jewish protesters who organized anti-terror vigils outside the establishment.

Reem’s, a bakery in Oakland, opened this summer with decorations including a full-wall mural depicting Rasmeah Odeh, who was convicted in Israel in 1970 for her involvement in a supermarket bombing that killed two Israeli college students. Bakery owner Reem Assil said that the Odeh mural was “an emblem of resilience.”

But after pro-Israel protesters continued to show up outside her bakery, Assil filed for restraining orders against several of the activists, claiming that she was being targeted “because of this mural and my identity as a Palestinian-American.”

The Jewish protesters argued that they had a right to protest the bakery on First Amendment grounds. Represented pro bono by lawyers arranged by the pro-Israel organization StandWithUs, the protesters threatened to file an anti-SLAPP motion—a procedure to fight frivolous lawsuits against constitutionally-protected speech. If the protesters won the SLAPP fight, Assil would have had to pay their legal costs.

In response, Asil dropped the lawsuit.

“This is a prime example of what can be achieved when we partner with pro-bono attorneys to help those in need of legal resources,” the director of StandWithUs’s legal department, Yael Lerman, said in a statement.

Odeh claims that she was tortured into confessing to the supermarket bombing. After being freed in a prisoner swap, she made her way to the United States, where she eventually obtained U.S. citizenship. She was charged with immigration fraud in 2013 after it was revealed that she did not disclose her Israeli conviction, and accepted a plea deal this year that caused her to be stripped of her citizenship and deported to Jordan.

Correction, October 15: This article has been updated to correct the spelling of Reem Assil’s name.