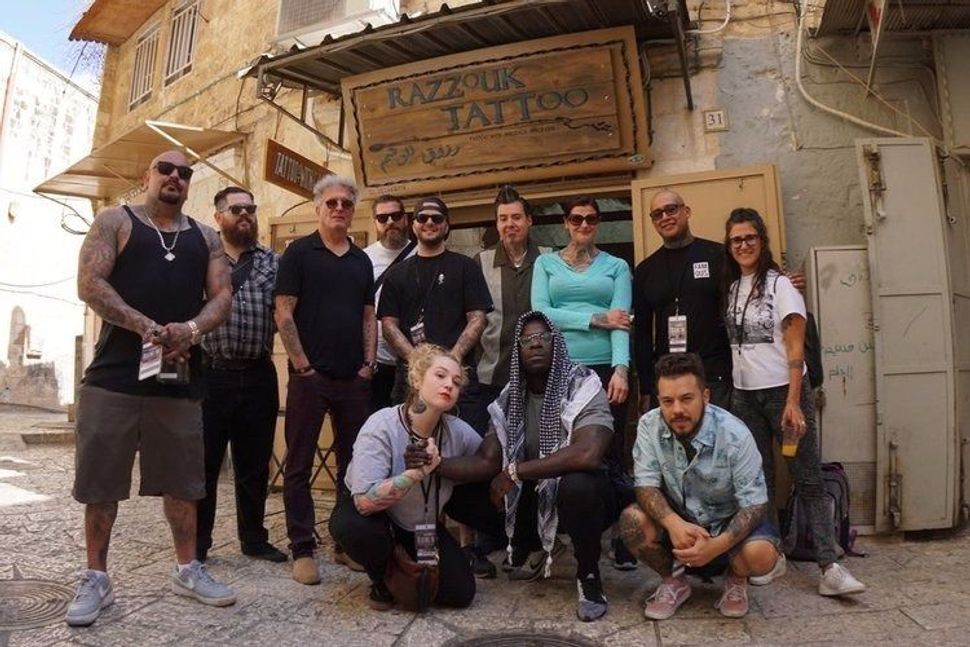 A group of Israelis who were physically and mentally scarred in shootings, suicide bombings and military operations were given free tattoos this week by artists who hope body art can help their recovery.

The Healing Ink project brought artists from Israel, Europe and the United States to Jerusalem for the event, which took place at the city’s Israel Museum.

The 11 people receiving tattoos on Monday included a military veteran injured by an anti-tank missile on a battlefield and a woman caught in a bomb at a Tel Aviv nightspot.

“It makes me feel like I got something that I chose to put on myself, unlike my injury, which I didn’t choose to get,” said Ben Baker Morag, who was injured while serving as a soldier with the Israeli army.

“This gives me a very good feeling,” he said of his tattoo, a lion on his left shoulder.

Israelis have in recent decades contended with a Palestinian uprising in the occupied territories, wars against Islamist guerrillas in the Gaza Strip and Lebanon and occasional fire from Syria and an insurgency in the Egyptian Sinai.

Others being tattooed at the event chose designs of a medieval knight in armor, the Beatles lyric “all you need is love,” and three monster heads eating each other.