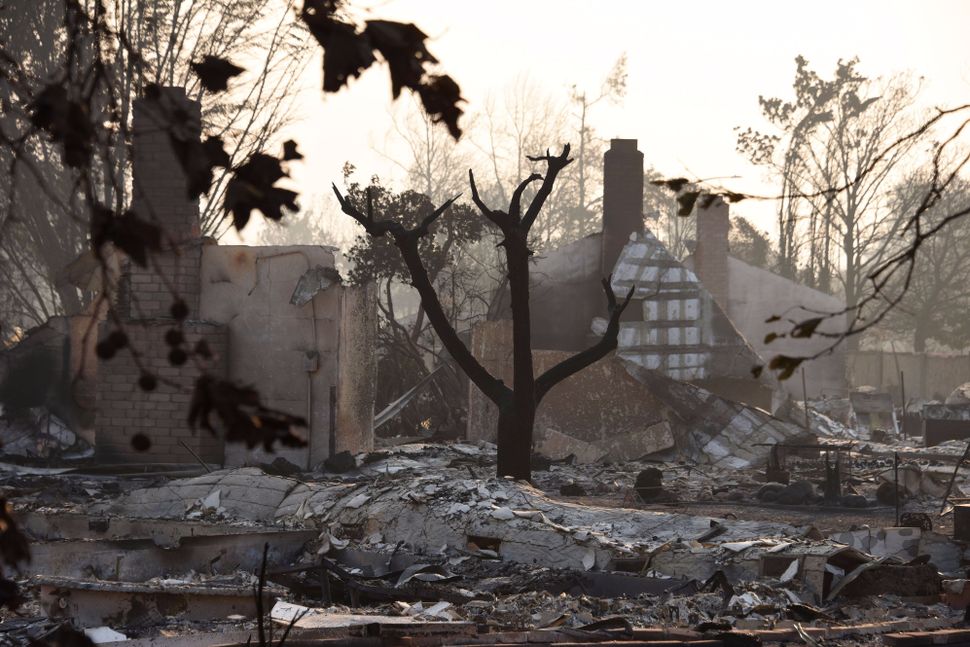 A neighborhood in Santa Rosa, California, after a major wildfire. Image by Getty

A synagogue has emerged as a center of aid and refuge for people fleeing wildfires in the Sonoma County, California, the Jewish News of Northern California reported.

Rabbi Stephanie Kramer of Congregation Shomrei Torah says the synagogue, which is far from the fire lines, has been able to house dozens of people who have been displaced by the fires.

“A lot of people still don’t know if their homes are standing or not,” Kramer said. “Twenty-five [congregants] have lost their homes already. Our town’s on fire and it’s absolutely devastating.”

Rabbis from the Bay Area have been helping provide support to Shomrei Torah, organizing a rotating schedule of meal preparation for fire refugees. Jewish philanthropies and not-for-profits have been providing some of the bare necessities that many refugees were not able to take with them, including cots, underwear and toothbrushes.

On Wednesday morning, with ash raining from the sky in Santa Rosa, over 100 people were lined up at the synagogue to receive a meal.

The wildfire threatening that region has burned more than 27,000 acres and is currently only 10% contained.