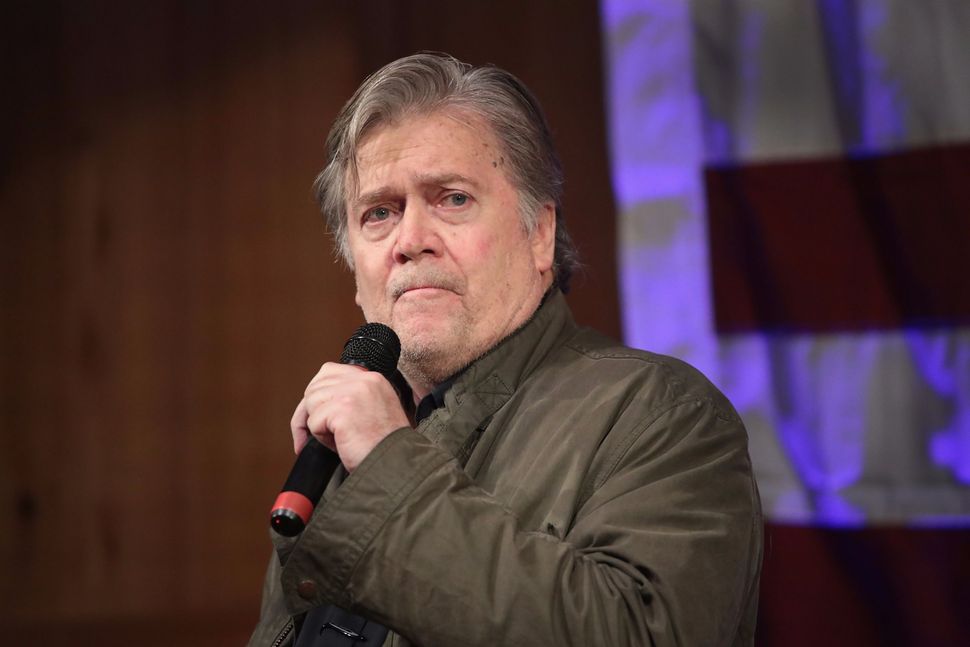 Steve Bannon profited from a business deal made with Harvey Weinstein during Bannon’s pre-political life as a Hollywood producer, Haaretz reported.

Bannon, who left his position as the White House’s chief strategist in August, is the latest in a string of high-profile celebrities and politicians to have their connections to Weinstein come under scrutiny.

In 2005, the Weinstein Company, led by Harvey Weinstein and his brother Bob, bought a majority stake in a DVD distribution company, of which Bannon was the chairman.

“We are extremely honored to be in business with the new Weinstein Company,” Bannon told investors in his company, Genius Products, according to transcripts.

Since the stories of Weinstein’s alleged sexual assaults have come to light, Bannon and his website, Breitbart News, have made repeated jabs at Democratic politicians, including Hillary Clinton and Barack Obama, for receiving campaign donations from Weinstein. Bannon has also derided other news organizations for not covering the story adequately.

Weinstein has been fired from his position as co-chairman of the Weinstein Company after multiple women accused him of sexual assault and rape.