Swastikas Painted On Synagogue Sign In British City Of Leeds 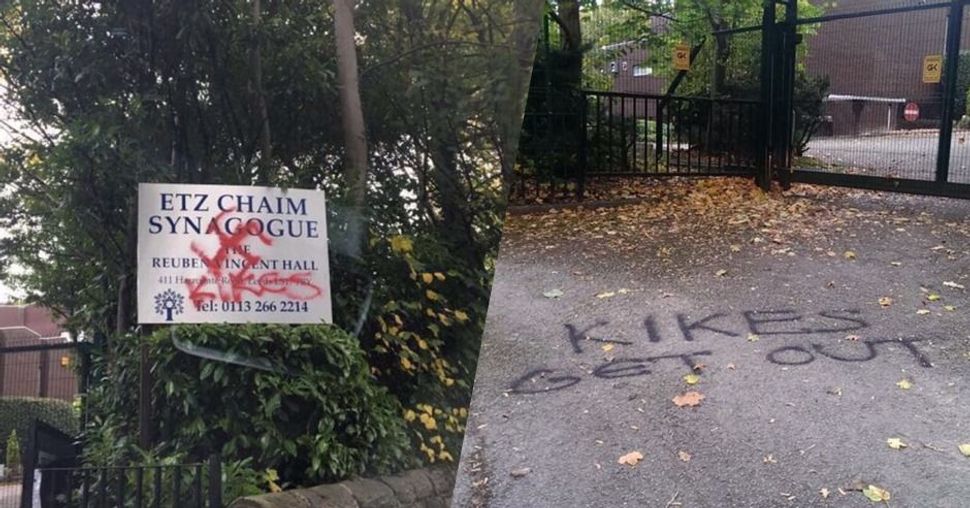 (JTA) — Anti-Semitic graffiti was daubed on a sign of a synagogue in northern England.

The incident involving the Etz Chaim synagogue in Leeds was discovered earlier this week, when visitors saw a red swastika and the word “kikes” spray-painted on a sign affixed to the synagogue’s perimeter fence, the Jewish News of London reported Wednesday.

The road in front of the entrance to the synagogue was defaced with the words “kikes get out,” in what local police are treating as an anti-Semitic hate crime.

Fabian Hamilton, a lawmaker for the Labour party, told Jewish News: “As a Jew, the vandalism at the Etz Chaim synagogue in Alwoodley was particularly hurtful for me on a personal level, but to happen in my own constituency was even more of a disappointment.”

Swastikas Painted On Synagogue Sign In British City Of Leeds