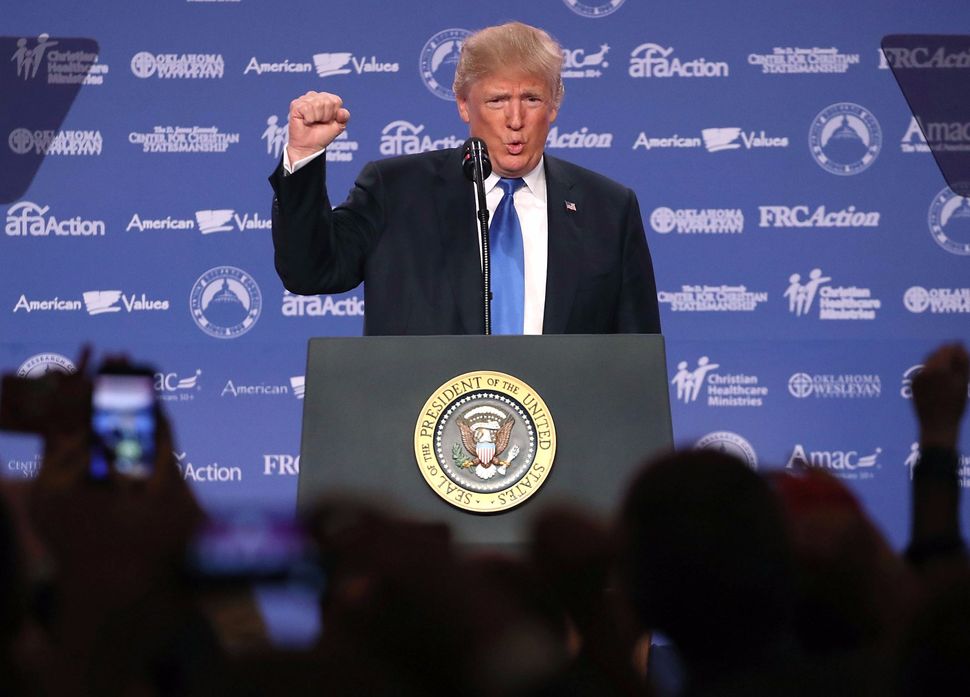 Speaking at the Values Voter Summit on Friday, an annual gathering of Christian conservatives, President Donald Trump said that under his presidency, he wanted people to proudly say “Merry Christmas” during the holidays.

“We are stopping cold the attacks on Judeo-Christian values,” Trump said to applause. “As we approach the end of the year — you know, we’re getting near that beautiful Christmas season that people don’t talk about anymore. They don’t use the word Christmas because it’s not politically correct.”

This isn’t the first time Trump has brought up the so-called “War on Christmas” — the belief that public greetings and celebration of the Christian holiday have been chased out of the public sphere. While he was still campaigning in 2015, Trump promised that, “If I become president, we’re all going to be saying Merry Christmas again, that I can tell you. That I can tell you.”

And in July, Trump devoted a large portion of a speech at the Kennedy Center to defending public displays of Christianity.