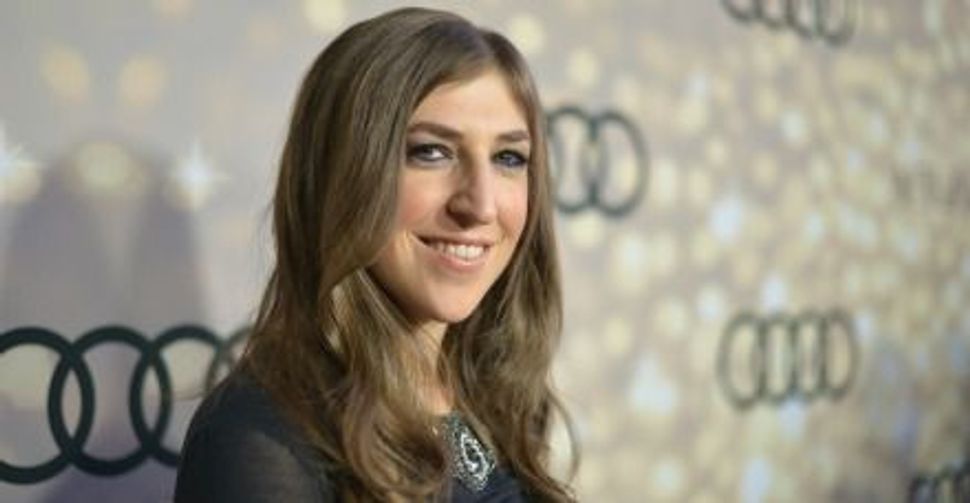 Actress and activist Mayim Bialik has responded to criticism after she wrote a New York Times essay over the Harvey Weinstein scandal. Some have accused her of blaming victims for their own sexual assaults.

Bialik wrote of the pressure to appear attractive that she felt as a teen actress, affecting her self-esteem to this day. She added that when she returned to acting after earning a doctorate in neuroscience, she “experienced the upside of not being a ‘perfect 10.’… Those of us in Hollywood who don’t represent an impossible standard of beauty have the ‘luxury’ of being overlooked and, in many cases, ignored by men in power unless we can make them money.”

Bialik, who has been open about her embrace of Orthodox Judaism, explained that in order to protect herself, she has chosen to dress modestly and avoid flirting with men.

“In a perfect world, women should be free to act however they want,” she wrote. “But our world isn’t perfect. Nothing — absolutely nothing — excuses men for assaulting or abusing women. But we can’t be naive about the culture we live in.”

Backlash to the op-ed was swift.

Guardian columnist Jessica Valenti wrote, “Lots wrong with Mayim Bialik’s op-ed but one quick thing: Being an awkward girl with a big nose never protected me from harassment.”

And fellow actress Patricia Arquette tweeted directly at Bialik, writing, “I have to say I was dressed non provocatively at 12 walking home from school when men masturbated at me. It’s not the clothes. It is also not outrageous for anyone to be expected to be treated in a professional [manner] by anyone in a professional relationship.”

In response, Bialik tweeted Sunday that “a bunch of people have taken my words out of the context of the Hollywood machine and twisted them to imply that God forbid I would blame a woman for her assault based on her clothing or behavior. Anyone who knows me and my feminism knows that’s absurd and not at all what this piece was about. It’s so sad how vicious people are being when I basically live to make things better for women.”

Bialik will appear in a Facebook Live broadcast with the Times on Monday to discuss her piece.