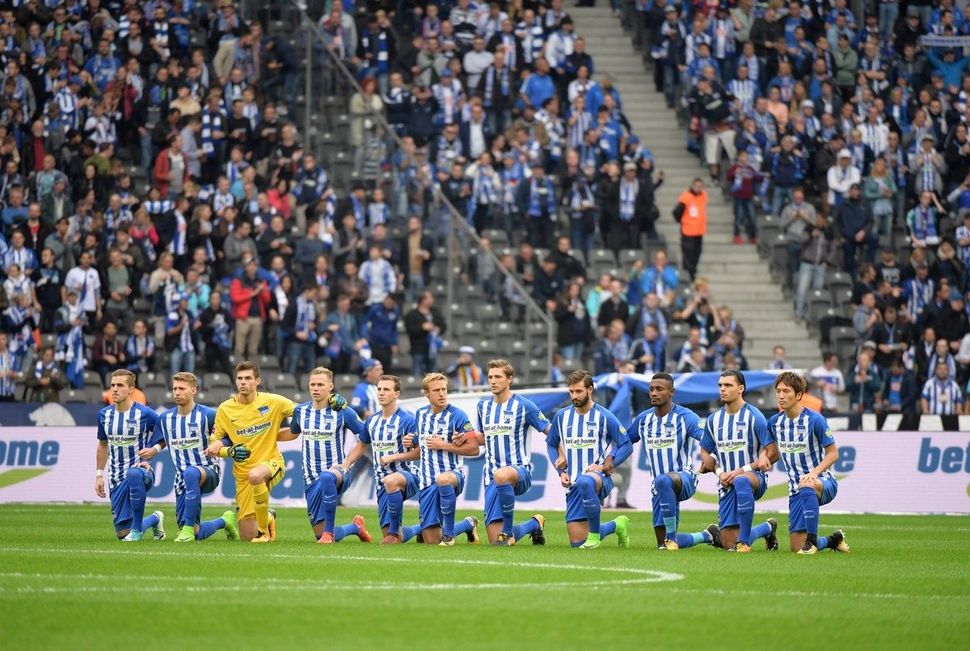 The symbolic protest, carried out before a game, is believed to be the first such protest by an entire sports team outside the U.S., the Comeback reported.

All 18 players on Bertha’s team — with players from ten different countries — kneeled, as did the coaching staff.

“Berlin is colorful,” the announcer said as the team took a knee. “Hertha BSC stands for diversity and against violence. For this reason, we are joining forces with the protest of our fellow American athletes to take a stand against discrimination. For a tolerant Berlin, both now and forevermore.”

Like most European soccer leagues, Hertha’s league, the Bundesliga, does not require that a country’s national anthem be played before a match.