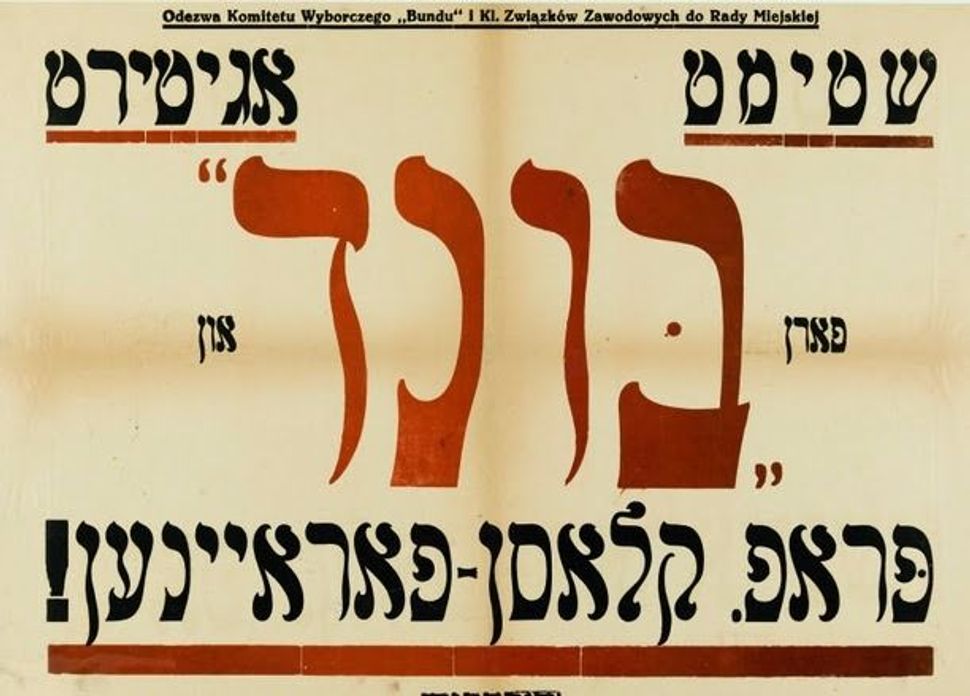 The Jewish Labor Bund, the Russian socialist political party that was touchstone of international Jewish leftism in the early 20th century, is marking its 120th anniversary with a celebration hosted by the YIVO Institute for Jewish Research.

The celebration, slated for October 22 at the Center for Jewish History, will include historical panels and musical performances.

The historically anti-Zionist Bund, which persisted in various forms throughout the Eastern European Jewish diaspora until late in the 20th century, no longer exists in any active form in the United States.

Some of the organizers of the YIVO celebration met at a Bund-owned summer camp in upstate New York in the 1960s.